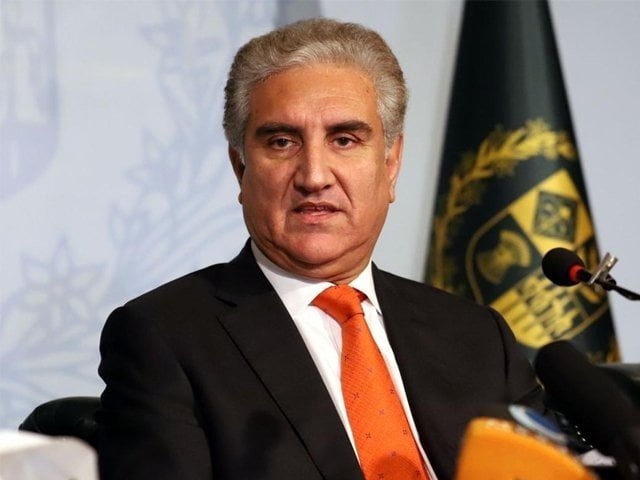 We cannot just look at the Kashmir issue. I want to make it clear that there is no formal back channel link between India and Pakistan. We want peace in the region.
These views were expressed by Foreign Minister Makhdoom Shah Mehmood Qureshi while talking to media persons in Abu Dhabi. “I am scheduled to meet the Foreign Minister of the United Arab Emirates tomorrow.

We are trying to set up different programs on the completion of 50 years of diplomatic fraternal relations between the two countries,” he said. “I have no scheduled meeting with Indian Foreign Minister Jayashankar. Whenever there is a dialogue between India and Pakistan, we have to think twice,” he told the media. Pakistan has never run away from negotiations. We support peaceful relations with all our neighbors, including India.
Read also: Pakistan and India mediate to restore relations, UAE

He said come to Kashmir, Sir Creek, and water issue and sit at the table and talk. But before sitting at the negotiating table, end the atrocities against Kashmiris. By the grace of Allah, in the last two and a half years, India’s efforts to isolate Pakistan globally have failed.

Regarding Afghanistan, he said that a telephone call had been made to the Afghan Foreign Minister and the Afghan peace process had entered an important phase. Many countries are working for peace in Afghanistan. Turkey has also held a conference in this regard. We want the Taliban to attend this conference. And let all parties involved in Afghanistan decide the future of Afghanistan together.