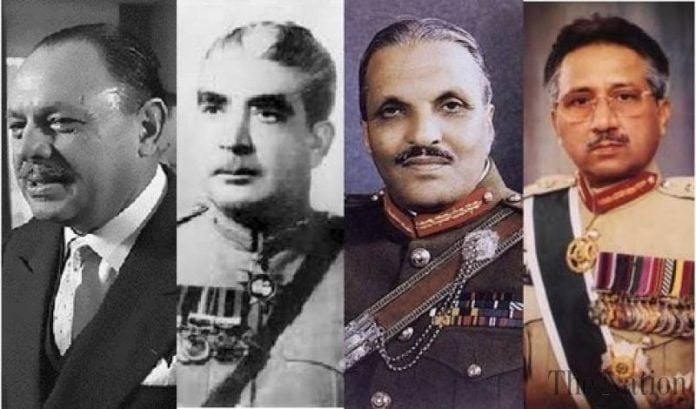 It has been unfortunate for Pakistan that the tradition of non-political forces interfering in political affairs is very old. And in this conflict we have lost our majority arm. We have given the enemy a chance to say that today we have sunk the two-nation ideology in the Bay of Bengal. And yet the intentions of this enemy are very aggressive towards our great homeland. The senseless atrocities being perpetrated on humanity in Occupied Kashmir. The way Muslims are being harassed all over India. Conspiracies are being hatched to weaken Pakistan internally. The situation in Afghanistan. This required the government and the opposition to put aside their differences and formulate a joint strategy to prevent a possible invasion from the eastern and western borders. Apparently there was no such big controversy. Nor has the Imran government made any major wrong decision that has endangered national security. And all the opposition parties have come together to launch a movement. Even if the Imran government falls, whatever government is formed will face the same dangers from the western and eastern borders. And to compete with them, it will have to rely on the same army. Statement is being leveled against its head and other generals. In the 1970 elections, when Punjab gave the keys of its own and the National Assembly to a brand new party, was it not Punjab ideology? There were indeed many ideological personalities in this party at that time. First when such voices from the border. From Balochistan. When she got up from Sindh, Bacha Khan from the establishment. Khan Abdul Ghaffar Khan to Sarhadi Gandhi. Khan Abdul Samad Achakzai was remembered by the titles of Balochi Gandhiand Mr. GM Syed by the titles of Sindhi Gandhi. I used to wonder even in those days why no leader in Punjab could get this status. Now that statement is going viral. Then am afraid that the ruling circles will not favor Mian Sahib with the title of Punjabi Gandhi.The arrest of Captain Safdar gave rise to many stories. Perhaps non-political organizations did not even have the illusion that the consequences of this arrest could come to light. Matters are getting more and more complicated. The present governments not ready to learn from history. There is another aspect of this whole incident. A senator from the Pakistan People’s Party (PPP) today tweeted a statement on Quaid-e-Azam Muhammad Ali Jinnah’s civil service in which he assured government officials that he was not a private employee but an employee of the state and the people Therefore, work for the benefit of the people and the state by keeping any pressure at bay. The PPP senator wrote that Karachi police set an example by following the words of Quaid-e-Azam. As far as the Karachi incident is concerned, this is true, but would our civil governments, our politicians, our PPP, PML-N and PTI friends like to say whether they followed the words of Quaid-e-Azam? The police, the civil service and government agencies run by civilian governments are the worst politicized. Government officials, including the police, are treated like private servants and slaves. If a government official disobeys a lawful and unlawful order from a minister, advisor or member of parliament or provincial assembly belonging to a government political party, he is immediately replaced Is. There is no such thing as merit. Sindh and the Pakistan People’s Party are known for enslaving the police and civil service. The track record of PML-N in politicizing the civil service is also very bad while the present federal government of PTI and especially the Punjab government have broken all records of politicizing the government machinery, the latest example of which is CCPO Lahore and IG of Punjab has been posted. All these facts teach us a lesson that it has become demand of the day to stop the interference of non-political institutions in country’s matters. Our past is also telling us stories but non-political powers are not ready to learn from it.