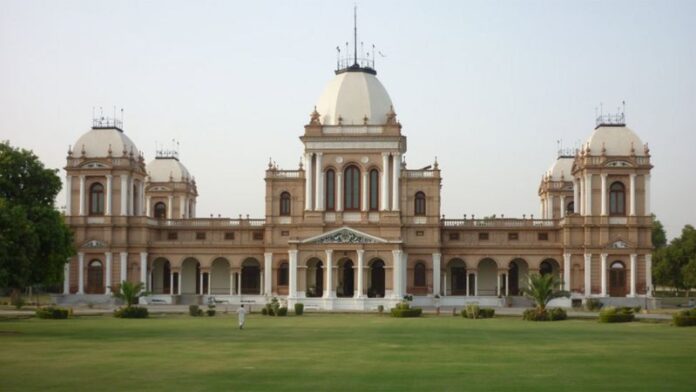 Former Nawabs of Bahwalpur not only famous in Pakistan but also in all over the world. One thing which make them unique is lot of wealth. And it is reality that they used this wealth for the progress and prosperity of state of Bahawalpur. Along with it they also used this wealth to build their magnificent palaces. 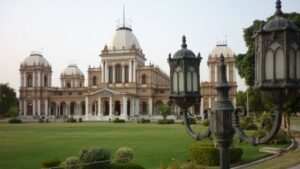 The state is gone, but there are buildings built by the Nawabs which are still telling the stories of Nawab’s era. Today in this video we will tell our viewers the story of Noor Mahal which is situated in the center of the city Bahwalpur. It’s a great story and it’s more about seeing than hearing. When you head to Bahawalpur, all you need is a ‘seeing eye’ and nothing more. 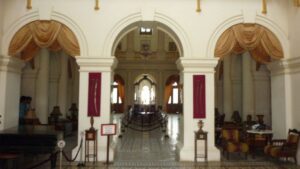 Passing through historic buildings like Victoria Hospital, Library, Museum, Stadium, Egerton College, if we reach Noor Mahal, we can see that the facilities built during the state era were quite modern in terms of region.

And then Noor Mahal … Standing in the vast greenery, this building is a beautiful combination of Western and Islamic architecture. Its atmosphere and splendor attracts people. 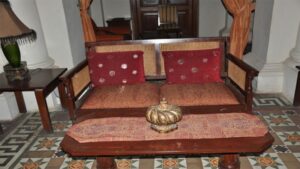 In all its aspects, Noor Mahal is covered with a sheet of vegetables. The light red and white building sitting on the lawn in a circle right in front of it, we may be in danger of being captivated by it.

When and who built it?

About 150 years old, this palace is one of the many palaces built in Bahawalpur during the late 19th and early 20th centuries? The rest of the palaces are probably even more beautiful but there is definitely something different in Noor Mahal. There are many famous stories and tales in answer to this question. This is what we heard the most. 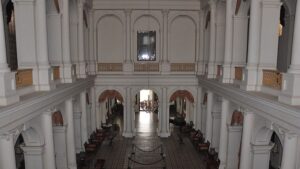 Noor Mahal was ordered to be built in 1872 by Nawab Sadiq Muhammad Khan Abbasi IV. He built this palace for his wife, which was completed in three years. That is why it is named after him.

However, his wife stayed in the palace for one night only because she did not like the fact that there was a cemetery near the palace. You will find the same story about Noor Mahal on the internet. But is this true? Sahibzada Qamar Zaman Abbasi, the grandson of the last empror of the former Bahawalpur state, Nawab Sir Sadiq Muhammad Khan V, told to media that there was nothing true in this story.

He said that “no lady has ever lived here” and this palace was not built for any lady and the light in her name is not planned in the name of any lady. At that time, it was considered bad to name a lady.

Prof. Dr. Muhammad Tahir is the former President of the Department of History, Sadiq Egerton College, Bahawalpur who has a keen eye on the history of the former state. He argues that it is wrong to say that Noor Mahal’ with a Begum. 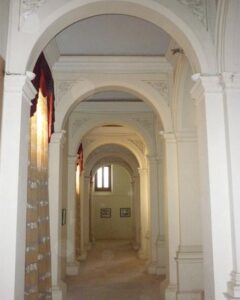 At that time, it was considered improper to openly mention Begum’s name in the area. He used to say that it was forbidden to take the name of Nawab Sahib’s doorstep. This palace is not in the name of any Begum. After the formation of Pakistan, Noor Mahal remained with the Auqaf for some time and then it was leased to the Pakistan Army which later bought it. These days it is under the control of the army.

The building houses items related to the history of the state and especially Nawab Sir Sadiq Mohammad Khan V. You can buy a ticket for a modest sum of money and visit it. 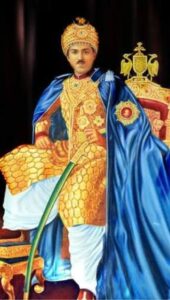 Aftab Hussain Gilani is the head of the Pakistan Studies Department at Islamia University in Bahawalpur. He has written books and many articles on Bahawalpur and its history. He also agrees with Sahibzada Qamar al-Zaman.

“Light in Noor Mahal means light. No lady stays in this palace. The Nawabs used to come and go here, but they did not stay here either. The palace has been constructed in such a way that special paths have been laid for the entry of sunlight into it. In the main hall of the palace there is a glass wall just above the court where the Nawab sits.

The glass is used in such a way that there is natural light in every corner of the building. This can be gauged from the glass behind the Nawab’s court.

These days’ light shows are held here on the last two days of the week. This scene is visible which reflects the true meaning of Noor Mahal. The palace is illuminated with lights from outside. Pictures of Nawabs are also displayed on its domes. According to Sahibzada Qamarul Zaman Abbasi, this was a guest house. The Nawabs of the great states of that time have stayed in it. Later, former Prime Minister of Pakistan Zulfiqar Ali Bhutto and Fatima Jinnah also stayed here.

According to Prof. Dr. Muhammad Tahir, in addition to the then King of Iran, the Viceroy of the British Raj, Governor Punjab and former President of Pakistan and Martial Law Administrator Ayub Khan have also stayed in this guest house.

Even in the time of the Nawabs, state and official ceremonies were held at Noor Mahal. The last three Nawabs of Bahawalpur state were enthroned inside this hall. That is, they were handcuffed in it. ”A piano has also been placed in the existing Noor Mahal building. It is said that this Nawab Sadiq Muhammad Khan IV, who was also given the title of Sabh-e-Sadiq, imported it from Germany in 1875 and gave it as a gift to his wife.

However, Professor Tahir says that the piano actually belonged to Nawab Sadiq Muhammad Khan V. He also knew how to play the piano.

Nawab Sadiq Muhammad Khan V went to Saudi Arabia for Hajj in 1935. You will also find the car they used during the trip parked outside the palace. The combination of both Western and Islamic style architecture can be seen everywhere in the construction of Noor Mahal. As soon as you enter it and look down at the floor and look up at the ceiling. Impressions are gained in a fluid, global, diffused way.

There were living rooms on both sides of the main hall, most of which are now locked. One room and its bed and other furniture are open to tourists. According to Aftab Hussain Gilani, the palace furniture was imported from Britain, Italy, France and Germany. You will find this furniture in the main hall as well as in the bedroom. It still shines today. 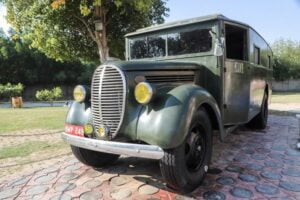 Nawab Sir Sadiq Muhammad Khan Abbasi V and the history of his time are displayed on the walls with the help of pictures. The palace also has a billiard room with a snooker table and essentials. The door of this room opens onto the front porch. From morning to evening and then even on moonlit nights, there is definitely light in Noor Mahal.

Noor Mahal is fascinating, its history is more than fascinating and captivating. And when we look it from outside it captures the attention of the people because of green lawns around it a canteen and a cafe. Now it is in the control of Pakistan Army. Who are making it more and more beautiful? Hopefully whenever you have time you will like to visit this Mahal but now it’s a time to say you goodbye.