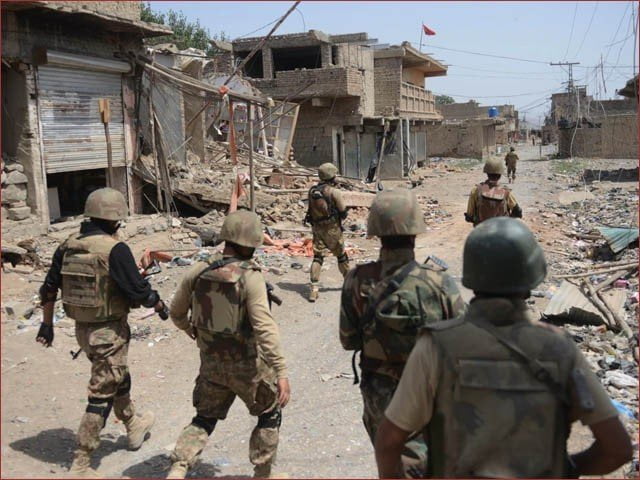 According to ISPR, forces conducted an operation in North Waziristan on the information of presence of terrorists in Mir Ali in which the commander of Tehreek-e-Taliban Hafiz Gul Bahadur group Hassan alias Sajna was killed.

According to details, Hassan Ilias Sajna was also involved in the killing of four women workers in Mirali on Monday, attacks on forces and civilians, recruitment of terrorists including mine blasts and kidnapping of people.

According to ISPR, a large quantity of ammunition was recovered during the search of the area.