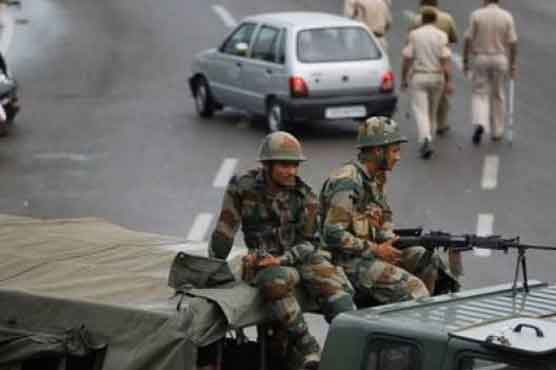 According to Kashmir Media Service, in the occupied valley, the oppressive army of India conducted an operation in Tral area of ​​Pulwama district under state terrorism, during which three innocent youths were martyred. The operation is still ongoing.

during the operation, the occupying forces of India conducted search operations in Shopian, Pulwama, Baramulla, Rajouri and other areas, and harassed the people without any reason.

Occupying Indian security forces detained several youths in Bandipora during the operation, according to the news agency.

It should be noted that the use of artificial intelligence in our daily life has increased so much that it is hardly interfering in any field of life.

This can be inferred from the fact that the volume of the global artificial intelligence market in 2019 was just over 27 27 billion, which is expected to increase to 7 267 billion by 2027.

Similarly, the global market for military artificial intelligence was 4. 4.8 billion in 2018, which is expected to increase to 16 16 billion by 2026.