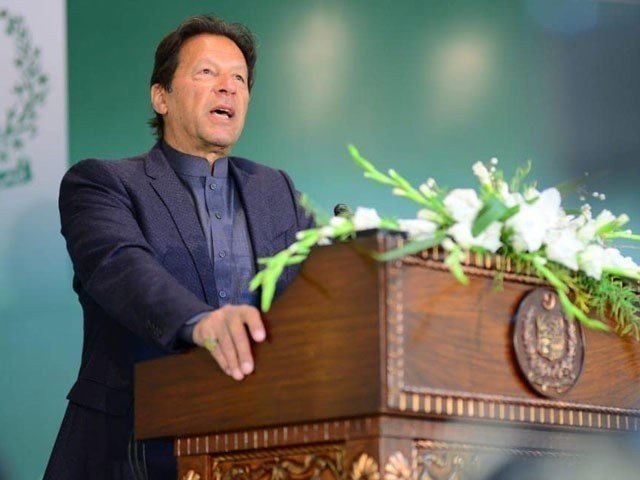 ISLAMABAD: Prime Minister Imran Khan has criticized the opposition Alliance Pakistan Democratic Movement (PDM). He said those who called themselves, they ask government to overthrown Government.

Addressing the ground breaking ceremony of Lodhran to Multan Highway Upgradation and Rehabilitation Project in Islamabad, Prime Minister Imran Khan said that our government has built 3 times more roads than the previous government. Where is the new Pakistan and the government has failed, we spent two and a half years very patiently, there was a lot of criticism in the media, the opposition also criticized for not getting NRO that the country was destroyed, my own people had to go through difficult times Even yesterday, the opposition together pretended that the country was headed for ruin.

Imran Khan said that the media also gave the impression to the people that a new Pakistan is created by turning the button at once. There is a lesson for us in this. Change in society comes from struggle. No society changes without struggle. People who are clawed and benefited resist changing the status quo.
The Prime Minister said that freedom from mafia or corrupt system is the name of the struggle, it never happens that you become free at once, the country is currently undergoing a great struggle to change the system after 1947 and freedom from mafia, every The place is occupied by the mafia which is trying to somehow make the government fail so that it continues to benefit from the corrupt system as before. Today our struggle for the rule of law is very important for generations.

The Prime Minister further said that the bad and difficult times are over, more good news will be given to the people in the days to come, now the journey of national development will start from where we were once the fourth largest economy in Asia.