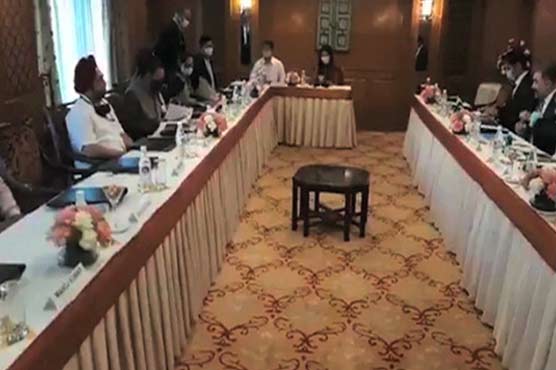 NEW DELHI – Talks between Pakistan and India over Indus Water Treaty have begun in New Delhi after two and a half years.
The delegations from both the sides are discussing ways to resolve the longstanding dispute of hydroelectric projects, Pakal Dul and Lower Kalnai dams, which India is building on the River Chenab.

Pakistan is of the view that India’s plan of hydroelectric plants on the Chenab in the area of Kashmir will disrupt the flow of the river.

On the other hand, Indian authorities said that they are allowed by the Indus Water Treaty brokered by the World Bank to construct the plants.

Pakistan’s Indus Commissioner Syed Mehr Ali Shah said that they will not deviate from the stance regarding the controversial hydroelectric projects of India.

It is the first meeting on Indus Water Treaty after India abrogated the special status of occupied Kashmir in August 2019.