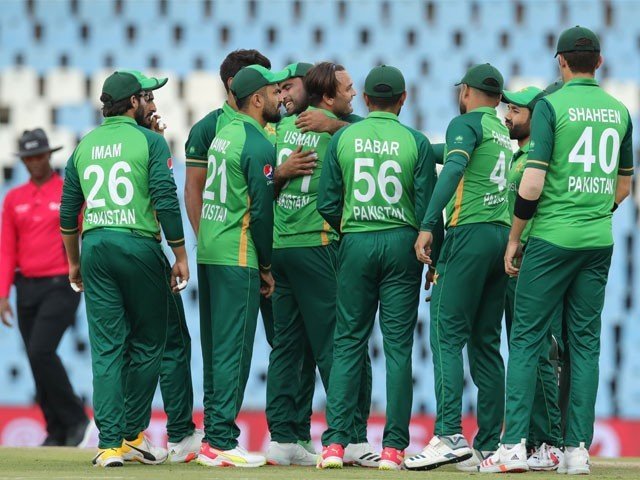 Centurion: Pakistan defeated South Africa by 28 runs in the third ODI to win the three-match series 1-2.

In the third and final match of the ODI series against South Africa, Pakistan batted first and scored 320 for 7 in the allotted overs thanks to Fakhruzzaman’s century and Babar Atam’s 94-run innings in reply to which the hosts scored 292 runs. He made it.
Captain Babar Azam was named Man of the Match for playing a responsible innings while opening batsman Fakhruzzaman was named Man of the Series for scoring two consecutive centuries.
Adam Markram and Jane Mann Milan started the innings for South Africa but Makram returned to the pavilion after scoring 18 runs after which JJ Summit came to bat but he too was dismissed for 17 runs while captain Dumba Baumama Henry Kleisen’s innings was limited to 4 runs.

Milan teamed up with Kelly Verina to move the scoreboard forward, but Milan lost heart at 70, after which Verina teamed up with Pahlavikaya to form a crucial 108-run partnership. Meanwhile, both batsmen scored half-centuries. Harris Rauf ended the partnership by dismissing Verena for 60 in the 44th over.
Pelhakuya’s courage was also responded to by 54 runs, after which it has become almost difficult for South Africa to save the match. Muhammad Nawaz 3, Haris Rauf and Shaheen Afridi 2, 2 and Hassan Ali took one wicket each for the national team.

Earlier, South Africa won the toss and elected to field in the third and decisive match of the ODI series against Pakistan. The opening pair of Imam-ul-Haq and Fakhr Zaman came on the field for the national team, both batting confidently and put up a partnership of 112 runs. After scoring 57 runs, Imam-ul-Haq fell victim to Keshiu Maharaj.
Taking advantage of his form, Fakhar zaman also formed an important partnership with Babar Azam and scored another career century which included 3 sixes and 9 fours while Babar Azam played a brilliant innings of 94 runs but he was caught on the last ball of the innings. Were out and could not complete their century.

Other batsmen from the national team did not perform well. Mohammad Rizwan, 2, Sarfraz Ahmed 13, Faheem Ashraf 1, Mohammad Nawaz were the guests of 4 runs but Hassan Ali hit 4 sixes to spinner JJ Summit in the 49th over. He remained unbeaten on 32 off 11 balls.