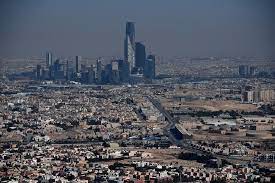 KARACHI: Pakistani investors in Saudi Arabia are seeking their government’s support to bid for construction mega projects under the Saudi Vision 2030 plan, which could increase the flow of remittances from the Kingdom by 30 percent.

“Pakistani investors in Saudi Arabia want to expand their construction business to benefit from the enabling environment in the Kingdom and have sought arrangement for guarantees from Pakistani banks operating in the Kingdom,” Khalid Raja, president of Riyadh-based Pakistan Investors Forum (PIF), told Arab News.

The PIF is an association of Pakistani businessmen that promotes cooperation among Pakistani investors in Saudi Arabia and helps them contribute to the two countries’ economic growth.

Saudi Arabia announced its Vision 2030 reform plan — a package of economic and social policies designed to free the Kingdom from dependence on oil exports — in 2016.

The plan includes construction projects such as the $500 billion megacity NEOM project, the Red Sea Project, Amaala and Qiddiya.

Pakistani investors say a significant chunk of their savings and assets are in their home country, which can be pledged as collateral.

“We want to pledge our assets in our country in return for guarantees from Pakistani banks operating in the Kingdom,” Raja said.

He added: “It requires a policy decision, and the government of Pakistan can facilitate us through the National Bank of Pakistan (NBP) or Samba Bank (a Saudi organization that also operates in Pakistan).”

“These projects offer great opportunities for Pakistani investors,” the PIF chief said, referring to construction projects under Vision 2030. “They also have great potential to increase the flow of remittances to Pakistan.”

He added: “The country’s remittance inflow is expected to gradually increase by about 25 to 30 percent if such facility is provided by the government to Pakistani investors. It will increase not only Pakistani investment but also the participation of its workers in the Kingdom’s development.”

Home to over 2 million Pakistanis, Saudi Arabia is already the single largest source of remittances to Pakistan. Experts believe that a stronger inflow of money from abroad can improve the South Asian nation’s balance of payments position.

According to official data, the Kingdom contributed $5 billion to Pakistan’s overall remittances during the current fiscal year.

“Many Pakistani companies have acquired licenses to start construction activities in the Kingdom, where they enjoy 100 percent ownership,” he said.

“To bid for big projects, they require bank guarantees which can only happen through government facilitation.”

Officials at Pakistan’s embassy in Riyadh confirmed that Pakistani investors were seeking government support to bid for mega projects in the Kingdom.

“Our investors in Riyadh have requested the government of Pakistan to arrange for bank guarantees or collateral in Saudi Arabia so they can participate in the construction work,” Azhar Ali Dahar, minister trade and investment at the embassy, told Arab News on Monday.

He said his office had already approached the National Bank and the State Bank of Pakistan for feedback.

“We have communicated with State Bank officials and reached out to the NBP president on email,” Dahar said. “Based on their feedback, we will approach the commerce ministry to take up the issue with other relevant ministries.”

Pakistani businessmen say Indian investors are already enjoying such support from their government and are actively participating in construction projects under Vision 2030.