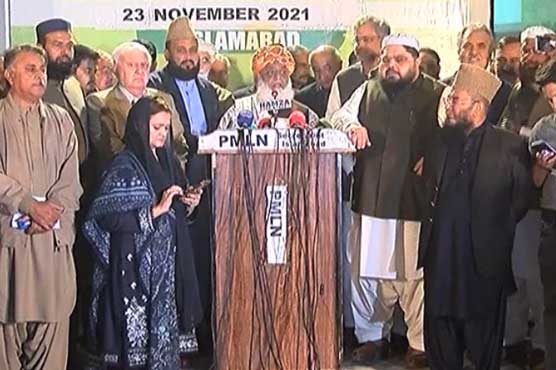 According to details, a meeting of Pakistan Democratic Movement (PDM) was held under the chair of Maulana Fazlur Rehman was held to consider suggestions and recommendations of the alliance’s steering committee.

Sources said that during the meeting, the PDM decided to issue show cause notices to the members who skipped joint session of Parliament.

Sources further said that JUI-F chief Maulana Fazal ur Rehman supported the proposal of resignations along with the Long March against the government.

It was also learned that the opposition alliance has decided to highlight the issue of alleged audio clip of former Chief Justice of Pakistan Saqib Nisar at national level.

PDM leadership said that the audio clip was part of the conspiracies to remove elected prime ministers of the country.