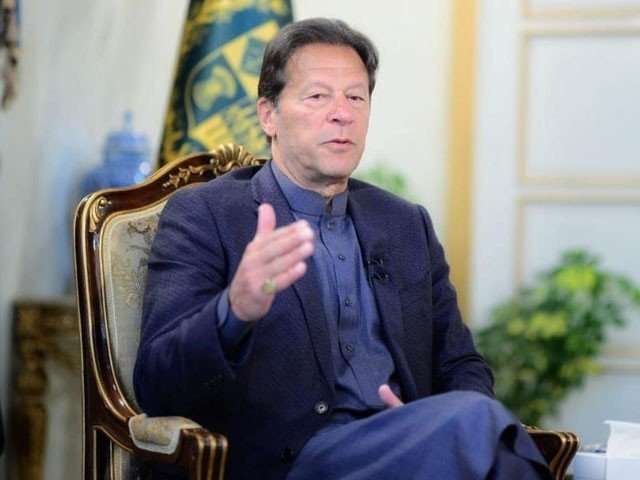 Islamabad:
Expressing his views in the cabinet meeting, PM Imran Khan said that PDM is spreading chaos, let the long march fulfill its dream, there is no threat to the government from PDM, this long march is not for the people but to save their theft. Therefore, if the opposition is serious, it should hold talks in Parliament on electoral reforms.

The Prime Minister said that steps are being taken to control inflation. Inflation is a big challenge for us. We are aware of public issues including inflation. In the cigarette industry, only 2 companies pay 90% tax while 40% cigarettes are sold in black. No tax is paid on it which causes loss of billions of rupees to the country.
Imran Khan said the Federal Board of Revenue (FBR) has been bringing track and trace systems for the last 15 years to prevent tax evasion and automate the tax system in major sectors such as sugar, cement, fertilizer and cigarette industries.

The FBR had assured the government that the track system would be launched from June 1, but the Sindh High Court issued a restraining order on it. Failure to do so is tax evasion.

Imran Khan said that the FBR, after a thorough investigation, had imposed a tax of Rs 400 billion on the sugar mills industry alone for the last five years. If there was an automated system, it would not be needed unless there is a trace and track system. Until then, tax evasion cannot be stopped. Due to tax evasion of powerful sectors, the government has to impose direct taxes which lead to inflation and increase in prices.

Imran Khan directed Forough Naseem to release the stay of Sindh High Court on track and trace system as the country has lost billions and people have to pay in case of inflation.

The Prime Minister termed the Electronic Voting Machine (EVM) as essential for a transparent election and said that after every election there is a lot of noise of rigging so it is necessary to introduce EVM to make the electoral system transparent in Pakistan. A report should be tabled at every cabinet meeting to give EVMs and overseas Pakistanis the right to vote.