PM promised justice which should be given now, Jahangir Tareen 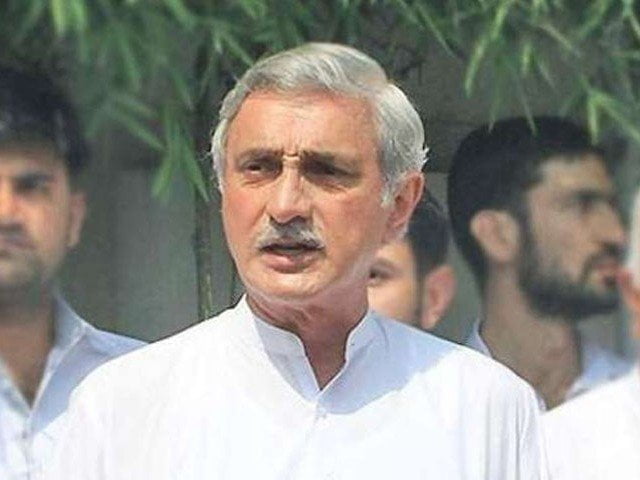 Lahore: Jahangir Tareen said that Prime Minister Imran Khan had promised that justice would be served which should be given now.

During the court appearance in Lahore, Jahangir Tareen said that baseless allegations were leveled against him, every date gets a new date, I respect Ali Zafar that he worked hard to complete the report, we hoped that by now his The report will come out but it did not happen. It is speculated that he has given the report to the Prime Minister and it is also being said that this report is positive for me. The Prime Minister promised that justice will be done which is now available. Should go

The PTI leader said that justice should be provided to me, not politics. The matter was aggravated when a case was registered against Nazir Chauhan. I did not meet any senior government official. When the report comes, everything will be clear. Will tell
Earlier, Lahore Banking Court Judge Hamid Hussain heard cases against Jahangir Tareen and his family. Jahangir Tareen and Ali Tareen appeared in court on completion of interim bail.

During the hearing, Judge Hamid Hussain remarked that he did not have the authority to hear these cases. Additional Sessions Judge One has been newly appointed. No one can hear the arguments today. I can set the next date.

It should be noted that the FIA ​​has registered a case against Jahangir Tareen, his son Ali Tareen, son-in-law and other family members for financial fraud of Rs 3 billion. The closed paper-making factory transferred Rs 3 billion to the account of Farooqi Pulp Company except GDW Company.