PM’S visit of Afghanistan and conspirators 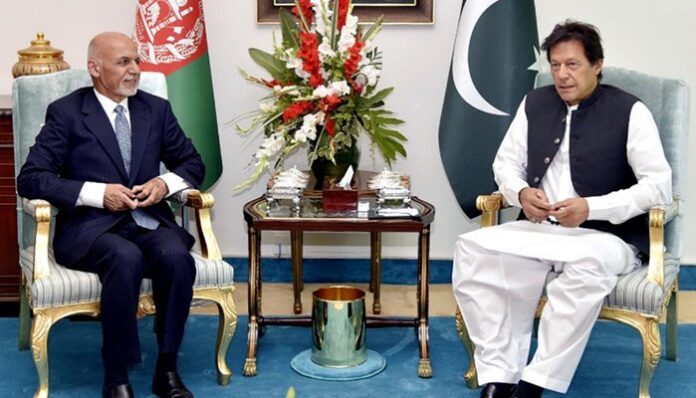 Terror attacks in Afghan capital Kabul has jolted the peace process once again. It happens after one day visit of Pakistani Prime Minister Imran Khan who expressed great desire of peace in Afghanistan. He was being welcomed by Afghan President so warmly and expressed desire to enhance brotherly relations with Pakistan. As the whole world know this reality that Pak Afghan relations never run smoothly. Whenever both the countries tried to develop their relations, immediately conspirators damage the efforts. Last day’s rocket attacks in Kabul is also the part of expedition against Pakistan and Afghanistan. But the question is that who are conspirators? What are there objects? It is easy to search conspirators but world has closed eyes from them.  Pakistan had given the world evidence of a state which is doing its best to spread terrorist activities in this region. But when world will play its role about it nobody knows? Who was responsible of Rocket attacks in Afghanistan? US, NATO and soldiers of other countries are also present in Afghanistan but it is quite easy to target any city or territory in Afghanistan. Afghan Taliban had not taken responsibility of Terrorist attacks in Kabul. They are on negotiation table with Mike Pompeo in DOHA. As reports said that in DOHA US Secretary of State Mike Pompeo met with Taliban and Afghan government delegations in Doha to discuss the peace process and the reduction of violence in Afghanistan.

In a meeting with the two delegations, Mike Pompeo discussed the ongoing inter-Afghan talks in Doha, the Afghan peace process and the reduction of violence in Afghanistan. Earlier, the US Secretary of State met with Emir of Qatar Sheikh Tamim bin Hamad Al Thani and his Qatari counterpart to discuss regional and global issues. On the other hand world leaders had condemned this act of brutality. US Secretary of State for Afghanistan Ross Wilson has condemned the Kabul rocket attacks, saying the United States will continue to work with Afghan partners to prevent attacks and bring those responsible to justice.

The European Union’s mission in Afghanistan has expressed solidarity with the Afghan people, calling the Kabul rocket attacks a violation of international human rights.

The British Embassy in Afghanistan says those who target innocent civilians must be held accountable. Turkey has also condemned the Kabul rocket attacks. Pakistan had also condemned this terrorist act and showed complete solidarity with Afghanistan. Pakistan had also expressed sorrow at the loss of precious lives in Rocket attacks. But it requires something more. Both the countries Pakistan and Afghanistan have to do joint efforts to face all the problems and to overcome hurdles in the way of peace and prosperity. Iran had also condemned terrorist’s attacks and said in its reaction that Iranians embassy building had been hit but fortunately rockets fell in the lawn. No one on the compound, located just outside the Green Zone, was wounded. According to a report 23 rockets were fired. Taliban has not taken responsibility of these rockets but the Islamic State group claimed responsibility for the attacks, in a statement on its Telegram channels.

It said 28 Katyusha rockets fired by “soldiers of the caliphate” hit Kabul’s heavily fortified Green Zone that houses “the presidential palace, embassies of Crusader states, and the headquarters of Afghan forces”.

All these circumstances showed that terrorists’ organizations had done planning to destroy Afghan peace. As there is a step towards peace they immediately react. On one side peace process is going on. US president wants to call back soldiers of its country present in Afghanistan. But on the other side bomb blasts have increased, these are all the efforts to destroy struggle for peace.