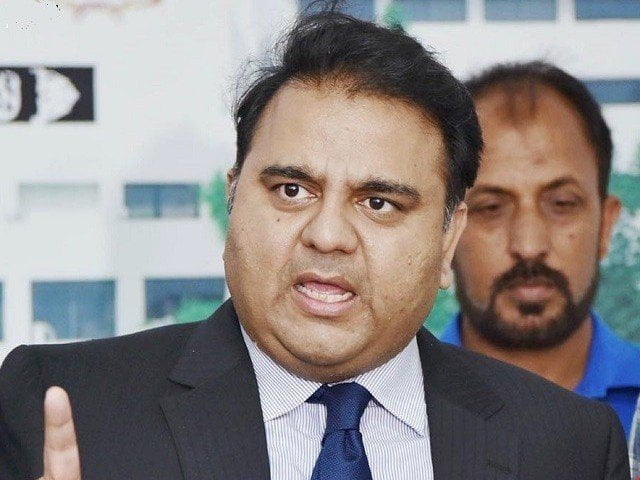 ISLAMABAD: Information Minister Fawad Hussain Chaudhry has said that police and Rangers officials were abducted in Lahore and an operation was carried out on them.

Talking to media in Islamabad, he said that police and Rangers personnel were abducted in Lahore and an operation was carried out on them. The government believes in talks but there will be no blackmail.
Fawad Hussain said that there was no blackmail in front of the banned armed group in the state, Imran Khan is the lover of the Holy Prophet (PBUH).

In this regard, Special Assistant to the Chief Minister Punjab for Information Firdous Ashiq Awan said that this morning armed groups armed with petrol bombs and acid bottles attacked Nawankot police station where Rangers and police personnel were detained and about 6 police personnel. The car was injured.
He said the militants abducted 12 policemen, including DSP Nawankot, at gunpoint and took them to their base, where a 50,000-liter oil tanker was also kept for the attack.

Firdous Ashiq Awan further said that no operation was planned or initiated by the police and the retaliatory action was taken only for their own rescue and recovery of the abducted police personnel. Policemen have been martyred and more than 700 injured.