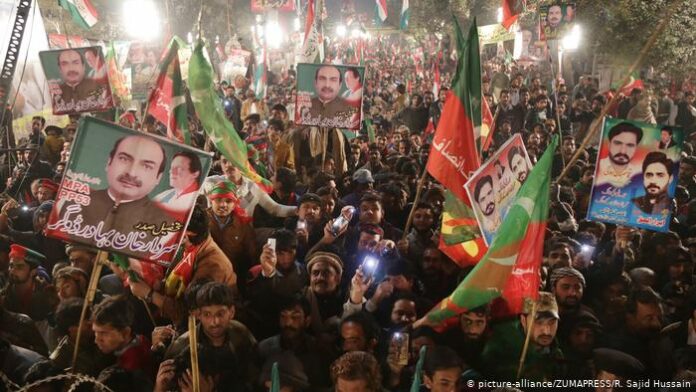 The Pakistani political scene is once again in turmoil, but this turmoil is not positive, it is negative. Fights, riots, riots, taunts and abuses are on the rise. Colorful voices war and counter war and noise is at its peak. Above all, no one knows what the outcome of this entire situation will be. The arrest of Shahbaz Sharif has added to the politics of turmoil. If it goes away, the government spokespersons immediately retaliate. Another damage is being done to this ongoing tussle in the political arena and that is that the institutions are also being criticized, especially the NAB. In the same way, the Pakistan Army is also facing criticism from politicians. Some are directly criticizing the army, while others are criticizing it in some other way, which is detrimental to the national security of the country. The arrest of Shahbaz Sharif has provoked strong reactions. The political situation has become more complicated. An emergency meeting of the post-APC political alliance has also been convened while Maryam Nawaz has even hinted at a long march and has even said that the arrest of Shahbaz Sharif is the result of not leaving his brother behind. Similarly, harsh words have been used by Bilawal Bhutto and Asif Zardari and the arrest of Shahbaz Sharif has been condemned. Asif Zardari said that if Shahbaz Sharif was arrested today, then everyone can be done tomorrow, while Bilawal Bhutto said in clear words that Shahbaz Sharif should be released immediately. Meanwhile, JUI chief Maulana Fazlur Rehman also said. Adopting a tough stance, he said that they are intimidated by arrest. We are not arrogant people. ANP chief Asfandyar Wali said that the government is targeting the opposition through NAB. He said that Shahbaz Sharif is not one to be intimidated or bowed down. He will fight all oppressions. Similarly, a full response was received from the government houses and an attempt was made to justify this arrest. Rashid is in the forefront – new predictions from day to day – and the case is still in the court. The decision has to be made by the judge. Before that, Sheikh Rashid announces the decision. Responding strongly to Maryam Nawaz’s statement, Sheikh Rashid termed it as an insult to the institutions, especially the Pakistan Army. Similarly, Shahbaz Gul is no less than anyone. Fiyaz Chauhan and Fawad Chaudhry also slammed the PML-N leaders, while Shibli Faraz had even said that they should sit in jail and launch a movement against the government. I already knew the decision.

Now the question is what will be the outcome of this whole situation? Will the captain’s government become stronger? Or the country is going to be destabilizing once again. There is no democratic country in the world where there is no conflict between the government and the opposition. However, there is no such language and culture as is seen in Pakistan. The result will not be positive but the situation will be worse. Institutions will be weakened. The Constitution will not be observed. Rather, the Constitution will be violated. Political wrestlers need to show endurance so that democracy and institutions in Pakistan are not harmed. Everyone should play their role within their constitutional limits so that the country and the nation can develop.

Secondly, politicians must show endurance. It is not necessary to respond to every accusation or war. Some issues can be solved by showing endurance. The country has to be endowed internally and externally. Challenges are being faced. If endurance is not shown, the situation may worsen. In such cases, things will get out of hand. Let’s take this … We have seen in the past that India has claimed a surgical strike on Pakistan. It is a different matter that it has not been able to present any evidence of a surgical strike so far. All these circumstances demand unity. .