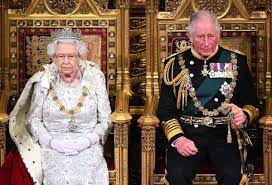 Prince Charles likely to be use his name when he ascends throne like his mother Queen Elizabeth.

The 73-year-old royal has been long waiting to become the king but his ascension to the throne won’t be easy for the British people.

Royal expert Tina Brown explained to The Washington Post that it will be a challenging day for the monarchy when the 96-year-old Queen will no longer be the ruler.

“It is the preeminent focus of national identity, national pride, history, tradition. And really, I’m not even sure that the Brits know how to be British anymore when the queen dies,” Brown admitted.

However, Charles could take a cue from his mother after he becomes the king by choosing his own first name over a regnal name.

Queen, born Princess Elizabeth Alexandra Mary, was asked about her regnal name to which she famously replied: “My own of course — what else?”

Charles, born Charles Philip Arthur George, will be known as King Charles III but due to the bad reputations of two previous monarchs, Charles could choose to be called King George VII.

“There have been two previous kings with the name Charles, but they had very dubious reputations, which may put the heir to the throne off using his own name when he becomes king,” according to Express.