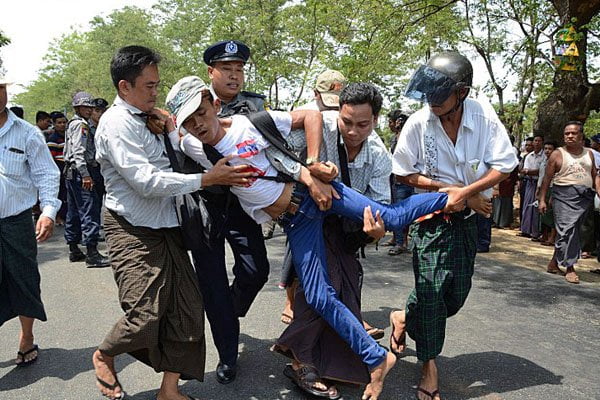 Yangon: 6 killed in police firing on demonstrations against the military coup in two cities of Myanmar, killing and wounding several. 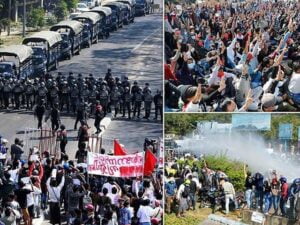 According to international news agencies continued nationwide demonstrations against the coup in Myanmar, police and angry protesters in other cities of the country Mendel 2 people killed as a result opened fire. 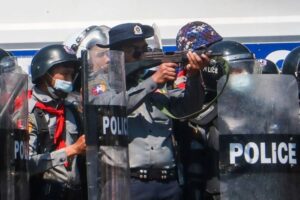 Yanmar other city monywa the police used force against the demonstrators and tear gas shelling after I fired directly at protesters. Four people were killed in the firing. 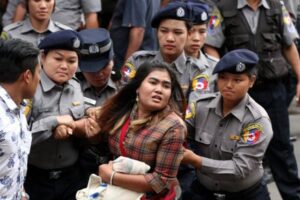 The dead were shifted to the hospital where an autopsy confirmed that the protesters had been shot in the chest and head. Among those killed was a 19-year-old girl. 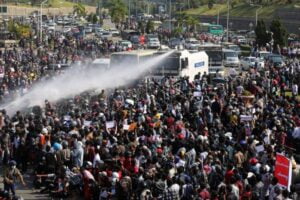 Myanmar’s military seized power on February 1 and declared a one-year state of emergency, and Aung San Suu Kyi was detained. starting violent demonstration protesters were killed by the army led police to Myanmar since March has been threatening to crush the power to direct fire on protesters killed 18 people over the past week that the overall There were 27 deaths.