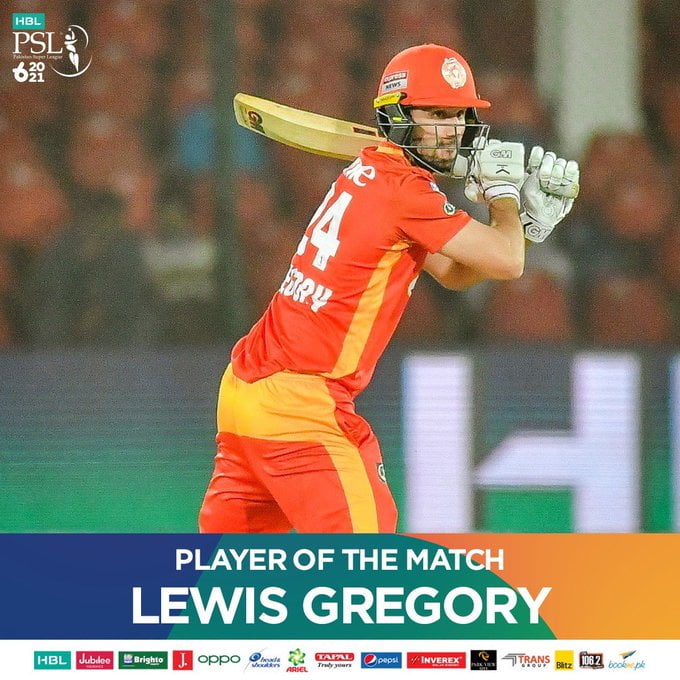 Karachi: In the third match of the sixth edition of Pakistan Super League, Islamabad United defeated Multan Sultans by 3 wickets.

Phil Salt and Alex Hales started the innings for Islamabad United in pursuit of the 151-run target set by Multan Sultans in the third match of PSL 6 at the National Stadium in Karachi. Muhammad Omar’s ball was caught by James Owens for 13 runs. After which Islamabad United captain Shadab Khan came and walked for only 5 runs. Alex Hales was also dismissed for 29 on the team’s total score of 55.

After the departure of Hales, the batting line of Islamabad United faltered and one wicket after another fell, Asif Ali 9, Iftikhar Ahmed 1 while Hussain Talat was out for 10 runs.

After losing one wicket after another to Islamabad United, Lewis pushed the scoreboard forward with Faheem Ashraf, but Faheem Ashraf was also dismissed for 22 runs on a total score of 117. 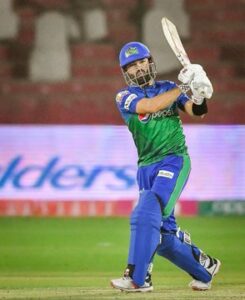 After him, Lewis played a brilliant game and supported the sinking boat of Islamabad United and defeated Multan Sultans by 3 wickets to lead the team to victory. He was also declared the player of the match. Islamabad United The target was achieved in the 19th over at a loss of 7 wickets while Carlos and Shahid Afridi took 2, 2 and Mohammad Omar, Khush Dil Shah took one wicket each for Multan Sultans. Earlier, Islamabad United captain Shadab Khan decided to field first after winning the toss, in response to which Muhammad Rizwan and Chris Lane started the game for Multan Sultans. However, Chris Lane was dismissed for just one run by Salt off Fahim Ashraf. Mohammad Rizwan led the scoreboard with James Owens, but on a total score of 52, James Owens was dismissed for 16 runs. He also pushed the scoreboard forward and was dismissed for 71 by Muhammad Waseem. Shahid Afridi came after him and did not even bother to open an account. He fell victim to Muhammad Wasim and returned to the pavilion. 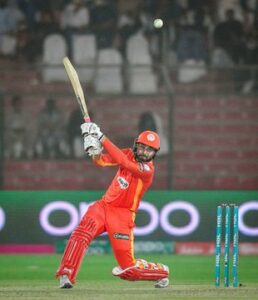 Multan Sultans scored 150 runs in all overs and gave the opposing team a target of 151 runs for the victory while in bowling Muhammad Wasim took 3 wickets and Lewis took 2 wickets for Islamabad United. Faheem Ashraf and Shadab Khan took one wicket each. It should be noted that in the second match of the sixth edition of Pakistan Super League, Lahore Qalandars defeated Peshawar Zalmi by 4 wickets. Peshawar Zalmi scored 140 runs in the allotted 20 overs while Lahore Qalandars completed the target in the 19th over for the loss of 6 wickets.