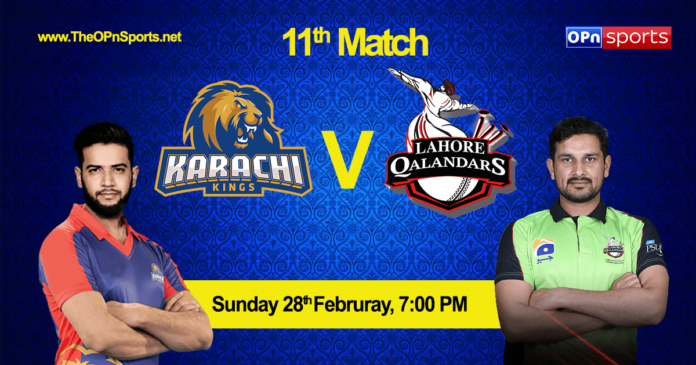 Karachi: After a thrilling competition in the 11th match of PSL, Lahore Qalandars defeated Karachi Kings by 6 wickets.

Fakhar Zaman and Sohail Akhtar started batting for Lahore Qalandar. Lahore Qalandars had already lost two wickets in the over. On the fourth ball, Sohail Akhtar was run out for zero by Emad Wasim, while on the next ball, Mohammad Amir bowled Joe Danley on the dick and showed the way to the pavilion.

Qalandar’s third wicket fell on the team’s score of 33 in the fifth over. Muhammad Hafeez Waqas Maqsood was caught on the ball, he scored 15 runs off 9 balls.
Opener Fakhr Zaman and fifth-ranked Ben Dunk supported the team and started beating the bowlers. Ben Dunk hit two sixes and four fours, scoring 47 off 35 balls before the team’s total reached 136 at the end of the 15th over. 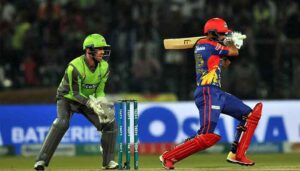 i Kings bowlers, but in the 18th over, Fakhr Zaman caught Babar Azam off Christian’s ball for 83 runs. Fakhr Zaman scored 83 off 54 balls with 4 sixes and 8 fours while Qalandars’ total score was 152.

In the 18th over, David Wiese came on the wicket after Fakhr Zaman while Ben Dunk was on the crease. This over was given to Mohammad Amir and in the same over the game turned again and the match again fell into the hands of Lahore Qalandar. David Visay slammed Aamir and got 20 runs in one over from Aamir. 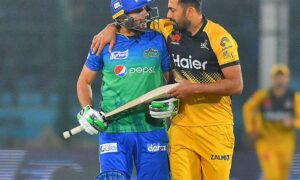 Bowler Christian, who came after Aamir, also fell victim to Visa’s aggressive batting and Visa won the match by hitting two sixes off the first and second balls of Christian in the 19th over and scored 189 runs while crossing the target of 187 runs.