PTI Government is not worried because of PDM 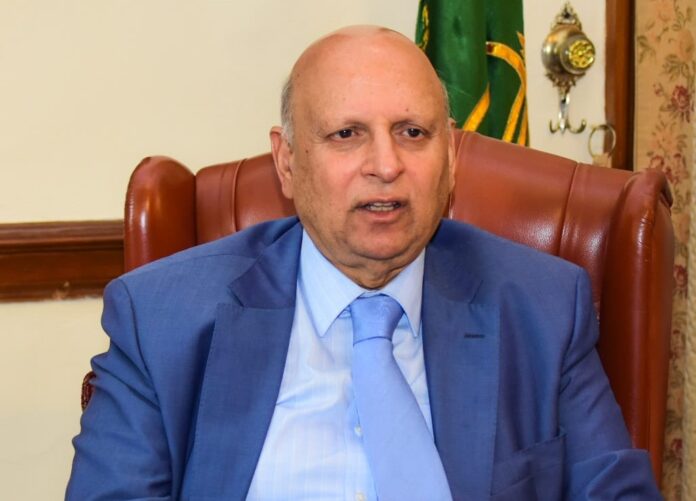 Governor Punjab Chaudhry Muhammad Sarwar has said in a statement that the PTI government is not threatened by the opposition but the government is threatened by inflation and governance issues. This is the same statement that is being heard across the country at the moment. Even PTI supporters appeared to be sharply critical of the government. Some even officially announced their resignation from PTI on social media. On the other hand, the media also raised questions about rising inflation and governance, but these analysts were criticized by some government circles. Now the same thing has been done by Governor Punjab Chaudhry Muhammad Sarwar. In other words, it can be said that he has made a good effort to wake up the government.  Inflation and Governance are such issues on which opposition can mobilize people. In the past, Imran Khan and his associates held rallies across the country and told the people about the looting of PML-N and PPP. Imran Khan had this good issue on which he is still playing. He announces that he will not spare any corrupt person and will not give NRO to any politician. The opposition is fighting for the NRO and he will not be blackmailed by anyone. Today, Imran Khan is in government and his government has taken action against corrupt leaders and promised to bring back the stolen money. However, he is facing strong opposition. Eleven opposition parties are currently active in the form of the PDM, led by Maulana Fazlur Rehman, including the country’s two largest political parties, the PML-N and the PPP. This opposition Ithehad had held successful rallies in Gujranwala, Karachi and Quetta. Now the opposition is raising issues of inflation and governance in the country. Now there is a need to see how the government will react to Chaudhry Sarwar’s statement. Although Prime Minister Imran Khan himself has announced that he was focusing on the economy, but from now his entire focus is on controlling inflation. If the government succeeds in controlling inflation, it will certainly not have any difficulty in completing five years. It is a fact that the storm of inflation in the country has made people’s life so tough. Vegetables and fruits are all out of reach of the people and all are asking the government to take emergency measures. The situation is getting worse over time instead of getting better. Because now the PML-N Vice President Maryam Nawaz has also started criticizing the government in her critical speeches due to inflation. During the ongoing election campaign in Gilgit-Baltistan, both Maryam Nawaz and Bilawal Bhutto criticized government because of inflation. The government is aware of this situation but has not been able to control inflation. Sugar is not only expensive but also not available in the market, people are criticizing the PTI government. This is a good attempt by Punjab Governor Chaudhry Sarwar, but he has also claimed that the government will complete five years. Perhaps Governor Punjab had heard the slogans of opposition leaders so he tried to awaken the government. Bilawal Bhutto and Maryam Nawaz are repeating the words of the PTI government during public meetings. Bilawal Bhutto said that the days of the government are numbered and the countdown has started while Maryam is also chanting slogans for the early end of this government. Chaudhry Sarwar has a clear idea of ​​the situation, but to say that the government will complete its term for this it requires to brought under control the inflation and improve governance. For which it is necessary to take effective measures against the mafia. The question is, can the current government take action against the mafia? There is an example of it. When the sugar scandal came to light, the government made loud claims that those involved in this scandal would not be released, but everyone saw that no action had been taken by claimers. The government needs to know that claims alone cannot do anything. Governor Punjab Chaudhry Sarwar should also advise his government to take practical steps to complete five years۔