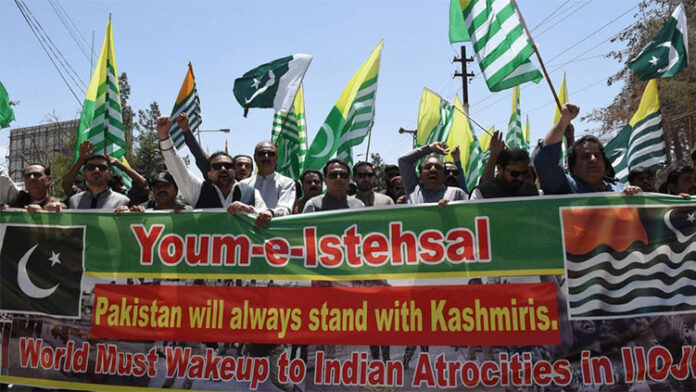 LAHORE (C News) – The Punjab government has decided to observe Youm-e-Istehsal-e-Kashmir on August 5 vigorously to express solidarity with the people of Indian Illegally Occupied Jammu and Kashmir (IIOJ&K).

According to a press release issued here on Tuesday, a host of events will be arranged in order to denounce the Indian unilateral illegal actions against Kashmiri people. Public rallies will be held at all district headquarters across the province whereas district administration will also hold special ceremonies on the occasion.

Pakistan and Kashmir flags will be hoisted at important public buildings to mark the event, besides displaying stickers in metro buses and orange lines trains.

The government has issued necessary directions to all the institutions for making necessary arrangements in this regard.

On August 5, 2019, the Modi-led Bharatiya Janata Party government struck down Articles 370 and 35A of the Indian constitution, thereby scrapping the law that granted Kashmir its special status.