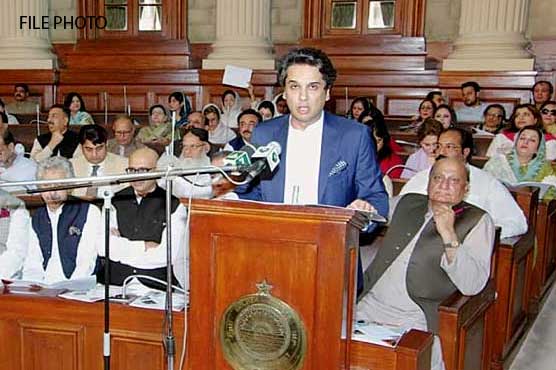 Lahore: A budget of Rs 2,653 billion has been presented in the special session of the Punjab Assembly. The government has decided not to impose any new tax while giving relief to the people while increasing the salaries of government employees by 10%. Rs 560 billion has been allocated for the development program.

Presenting the budget of Provincial Finance Minister Hashim Javan Bakht, he said that the budget of Punjab would be the guarantor of development and prosperity. Even the big countries were forced to kneel before Corona, but we gave relief to the poor people during the epidemic. Today, economic indicators are improving. Pakistan’s stock market has reached an all-time high.

Hashim Javanbakht in his budget speech said that the target of provincial revenue has been set at Rs 359 billion. In addition, Rs 370 billion is being allocated for the health sector. Rs 80 billion has been allocated for the Universal Health Insurance Program.

He said that construction of a 1,000-bed hospital would be started in Lahore at a cost of Rs 14 billion. 3 billion modern trauma centers will be set up in 14 cities.

However, Hashim Javanbakht continued his speech. He said that the total budget of education has been set at Rs. 442 billion. An engineering university is being set up in Sialkot at a cost of Rs 17 billion. 25% of schools in Punjab are being upgraded while 7 new universities are being set up in the province next year. In addition, 40,000 students will receive vocational training.

The provincial minister said that a network of development schemes was being laid in 36 districts. 28.30 billion is being set aside for development projects. Rs 60 crore has been earmarked for electric buses in Lahore.

Besides, Rs 28.30 billion has been allocated for development projects of Lahore city while tax rate on various services is being reduced to 16%.

The finance minister also announced a 25 per cent special allowance for 7.5 lakh employees in grades 1 to 19 and a 10 per cent increase in salaries and pensions of government employees. In addition, the minimum wage is being set at 20,000.

He said that Rs. 5 billion was being allocated for livestock and dairy development, Rs. 1 billion for wildlife conservation and Rs. 100 million for assistance to the disabled.