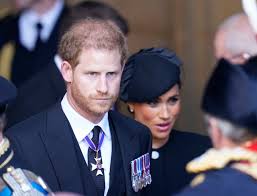 Queen Elizabeth II was far more worried about her beloved son, Prince Andrew, than Prince Harry during her finals days.

Royal expert Robert Hardman says the Duke of York has been in hot waters ever since his sex scandal and has been completely shunned by the Royals, unlike Harry, who is enjoying his life in California.

Mr Hardman told host Jo Elvin: “I think in a sense, I think, Andrew, the Duke of York was the greater worry.

“[This was] because Harry’s got his life ahead of him.

“He’s fine, he’s happy, he’s got a wife and a young family and, you know, he has options.”

“I think her concern was that the Duke of York didn’t have options,” he continued.

Mr Hardman noted that there was “no short-term solution” when “it [came] to Andrew”.