Queen won’t give up amid ongoing crisis within family 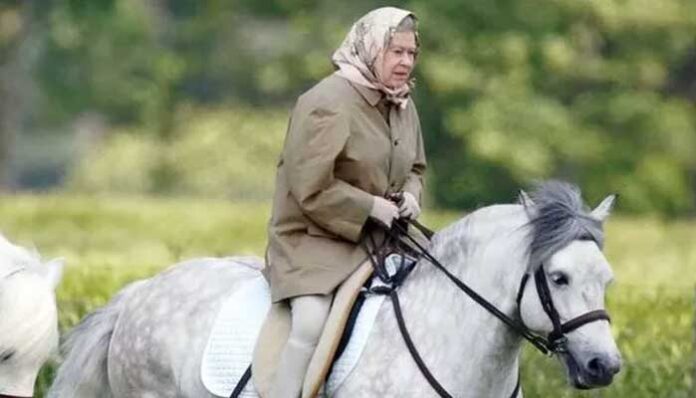 Queen Elizabeth II has shared a message of courage, hope and positivity with her latest move, indicating that she won’t give up.

Rumours are rife that the Queen, who has become the first British monarch to reign for seventy years, may abdicate throne in favour of her eldest son Prince Charles amid health worries.

There have been speculations and rumours for last few months that the longest-reigning monarch could soon be putting her feet up due to her mobility issues, and military bigwigs are planning for Prince Charles’ coronation.

Some royal experts also asked the Queen to make an “unthinkable” move and abdicate. A smooth, joy-filled coronation for Charles would be a world away from a coronation tainted by the sadness of her death, according to some.

However, Prince William and Harry’s grandmother’s latest gesture suggest she wont give and continue as head of the state amid ongoing crises within the family that could harm the monarchy.

The 96-year-old defied her doctors and enjoyed horse-riding. The Queen, who was advised to quit riding nine months ago when mobility problems limited her ability to get around, has been seen several times in the saddle in Windsor Castle’s grounds this week, which seems to be a message to the British public.

There are also rumours about Prince Andrew and his nephew Prince William’s feud. Prince Charles’ eldest son is reportedly adamantly set against a return to royal life for the Duke of York over his scandal in the past and wishes he would just ‘vanish’. Prince Harry and Meghan Markle’s recent visit and interviews also raised questions about the monarchy.