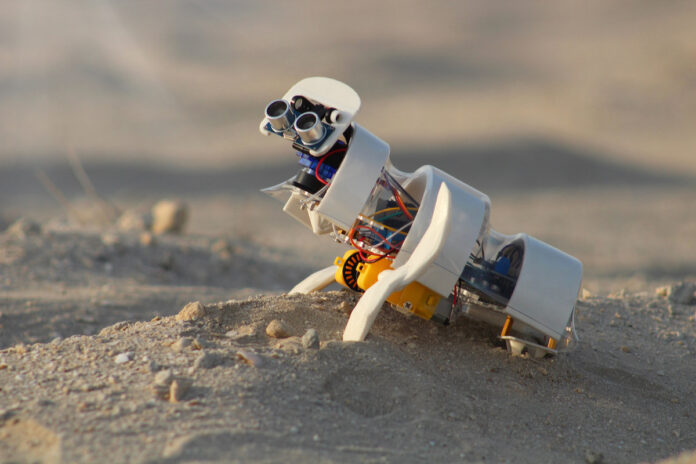 Mazhar Etehadi from the Dubai Institute of Design and Innovation

Etehadi’s proposal to combat desertification — a worldwide problem caused by, among other things, over-farming, mining and climate change — is this small autonomous robot that is intended to “live” full-time in the desert.

“The robot is equipped with solar panels that charge during the day and will navigate its way through the terrain at night to identify fertile areas, report on them, and plant seeds based on the data retrieved from its sensors and navigation system,” Etehadi explains in his proposal. 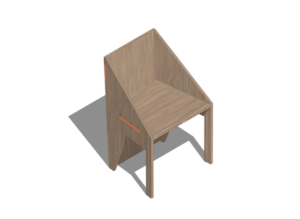 “I try to work on causes that are really close to my heart. And one of those causes is the state of education in rural schools where they don’t really have the best infrastructure. A lot of students can’t even access basic furniture; they have to sit on the floor to study. And that leads to a lot of health complications later on in life,” Kheshwalla tells Arab News.

His aim was to find a way around the prohibitive costs for schools in poorer areas to source and transport good-quality furniture. His solution? The Anychair. Made from a single piece of wood, cut by machine, it can be flat-packed and stacked, thus drastically reducing the price of manufacture and delivery. Keeping the wood plain also keeps costs down, and means the children can decorate the chairs themselves, personalizing the furniture.

The modular chair can be assembled on site without the need for tools; the joints simply slide together. “It’s like Lego,” says Kheshwalla. The chair, which can bear up to 150 kilograms, is currently in its prototype phase, but its inventor — who has also come up with similar designs for desks and bookshelves — hopes to attract governments and NGOs as clients.

It’s one of those ideas that, once you hear it, you can’t believe no one has done it before, as Kheshwalla admits. “When I first thought of it, I did a market survey, but I didn’t find anything, which was very surprising to me. It’s so simple.” 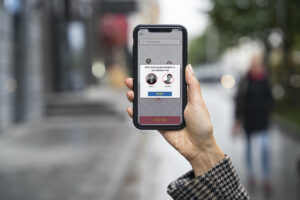 By Allaa Kammel from German University in Cairo

Kammel’s initiative is designed to “decrease harassment by enabling citizens to identify safe and dangerous areas in their countries,” according to her proposal. The aim is to create an “anti-harassment social squad” through her app, which allows survivors of harassment to anonymously pin locations where they have experienced harassment and tell their stories. Areas are then categorized based on levels of harassment, in the hope of enabling people to navigate the streets safely.

“Sexual harassment is a serious occurring problem in Egypt. It ranks first in the Arab World; 42% reported verbal harassment and 29% reported physical harassment across genders,” Kammel says. “Joining the society squad means you can help others in harassment situations, each user has an emergency squad — the top trusted contacts that will receive your location in case of emergency.” 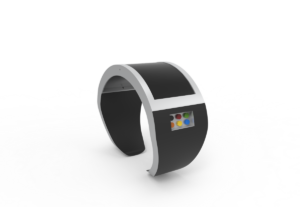 “DeVu is a wearable captioning device in the form of a smart bracelet that helps deaf people communicate with people around them,” Baghat says in her proposal. “(It converts) audible words into text on the bracelet.” The user can choose which person’s speech to translate through a scanner that determines the direction the voice to be translated is coming from, and DeVu can also be paired with a smart phone to translate calls into text.

Baghat says her project was inspired by the stories of US singer Mindy Harvey — who lost her hearing when she was 18 due to a connective tissue disorder, and American actress Millicent Simmonds, who became deaf after a medication overdose when she was just a year old.

“Also, a dry cleaner next to my home,” she told Arab News. “He lost his hearing too, but he can speak. I know these people are suffering, and I wanted to help them.” 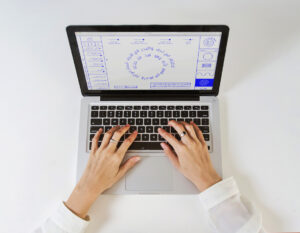 By Leen Albaz from the American University of Sharjah

Regional graphic designers have long bemoaned the lack of possibilities available to them when working with Arabic script. Albaz hopes to change that with her project, which she describes as “a generative tool that helps Arab designers experiment with the script.” With its user-friendly interface, Albaz’s tool will enable designers to create effects “such as placing connected letters along a path, or wrapping connected letters around 2D and 3D shapes.” She also hopes to create an online archive “highlighting recurring issues” so that everyone can contribute to solving future problems.