Review: ‘The Wheel of Time’ sketches out an ambitious fantasy world 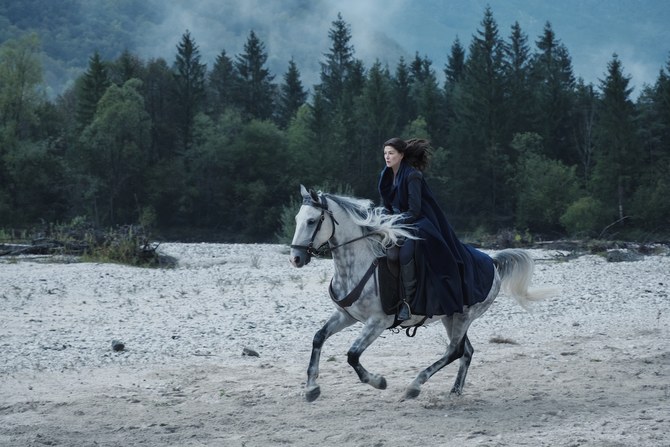 LONDON: Amazon’s adaptation of Robert Jordan’s “Wheel of Time” novel series hits screens at a strange time. The dust has settled after the disappointing finale of “Game of Thrones” — and its prequel isn’t due until next year — the hotly anticipated “Lord of the Rings” TV show (also from Amazon) is still a way off, while recent Netflix fantasy adventures including “Shadow and Bone” and “The Watcher” have charmed and confused audiences in equal measure. 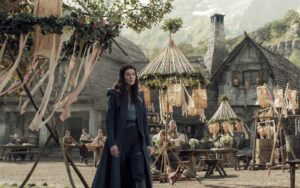 So there’s a window before JRR Tolkien’s and George RR Martin’s worlds are brought back to life — one which “The Wheel of Time” aims to fill with its heady mix of magic, fantastical creatures and epic journeys. Rosamund Pike heads a cast of relative unknowns, starring as Moiraine — an Aes Sedai warrior witch who believes that a prophesized savior has been born to prevent the world entering a fresh period of cataclysmic darkness. The trouble is, she’s only narrowed it down to one of four photogenic young travelers, so she cajoles all of them into following her on an epic quest. The unlikely companions (almost, some might say, a fellowship) strike out across the world, pursued by hordes of unspeakably nasty monsters and those who would see the ‘Dragon Reborn’ be summarily killed before they can prevent the end of the world.

It’s a convoluted setup, and one that’s rife with very solemn-sounding monologues. Every time the audience is introduced to an element of world building, someone (usually Pike’s frightfully serious Moiraine) slips into faux-profound storyteller mode, weaving together the fanciful place and character names and hinting at the Very Serious narrative developments that are usually just a few minutes away.

And yet, despite itself, “The Wheel of Time”   It is unerringly silly, yet seems blissfully content with its own over-the-top sense of melodrama. Three episodes in (with weekly installments to follow), the show is weirdly captivating. It’s a ridiculous world, populated with extremely familiar tropes, but for fantasy fans waiting for the heavy hitters due in 2022, “The Wheel of Time” could be a welcome distraction.