Rizwan Ahmad: was surprise to listen news of Sultans Captain 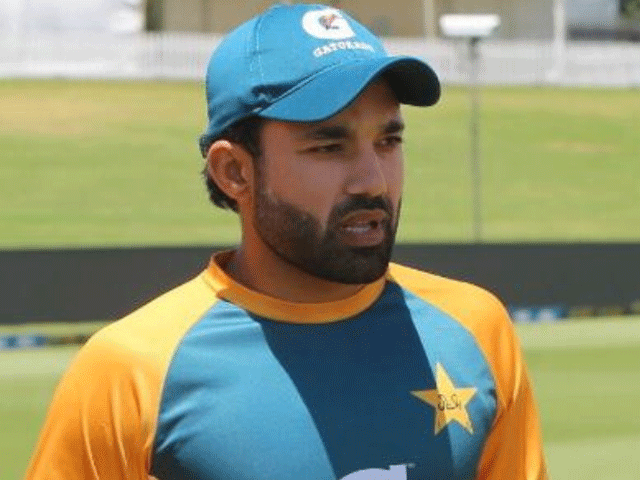 Mohammad Rizwan was shocked when suddenly he  was made the captain of Multan Sultans. The wicket-keeper-batsman said that he has experience of leadership before so there is no pressure.

Speaking during the program “Cricket Corner with Saleem Khaliq” on Pakistan Cricket’s largest website www.cricketpakistan.com.pk, Mohammad Rizwan said that the appointment of captain by Multan Sultans felt like Pakistan Under. When I received the call to be selected for the 19th team, I was playing district cricket at the time, I couldn’t believe that I was getting a chance to represent the country.

He said that in the past he used to get out in PSL but now he suddenly became the captain. This decision must have come as a surprise to me but he has led many teams before so there is no problem or pressure. I thank the management of Multan Sultans and will do my best to fulfill their trust.
To a question, Mohammad Rizwan said that it is natural to be depressed when coming down from any position. However, the attitude of Shaun Masood is commendable. He told me that he was saddened by the loss of leadership for a day or two. No worries now, together we will try to keep the team on the path to victory.

Mohammad Rizwan said that although the selection of the squad was done before my arrival but the management and former captain Shaun Masood have made a good combination, we are equipped with all kinds of weapons including talented batsmen, pacers and league spinners. Afridi and Imran Tahir’s services are available, along with the best cricketers including Chris Lane, James Vance and Braithwaite.

He said that Multan Sultans team probably has the most experienced players, on the other hand Islamabad United has more energy, Karachi Kings is the defending champion, Lahore Qalandars also played the final, all the squads are strong but it remains to be seen. Which team will come on the field with the best combination while choosing the playing XI.

Doesn’t get angry at anyone

On the question of humility in temperament, Mohammad Rizwan said that everyone knows that cricket is a chance, so I am not angry with anyone, love for Pakistan is in my heart, if everything is from Allah, then what is the point of pride? If Dossin had caught, there would not have been a century in the Tests, there would not have been opportunities in the T20s at 88 and 98, would he have become a batsman playing three-figure innings in all three formats.

Relations with Sarfraz are good, there is a lot of talk on social media

Mohammad Rizwan said that the relationship with Sarfraz Ahmed is good, there is talk on social media, the legends have their own opinion, they can’t say anything, I love everyone, it is good that all the players are on management decisions. “If there are differences, the team will not succeed. Everyone must be on the same page. There is no problem in the Pakistan team either,” says Lubik.

He said that he used to like the wicket-keeping of Rashid Latif,  AB de Villiers was also very good. When he saw Zulqarnain Haider in action in Islamabad, he was very impressed.

Mohammad Rizwan said, “I rarely get free time. I try to recite after sunset. I also try to stay in touch with my dear friends. I think people should stay connected and help each other