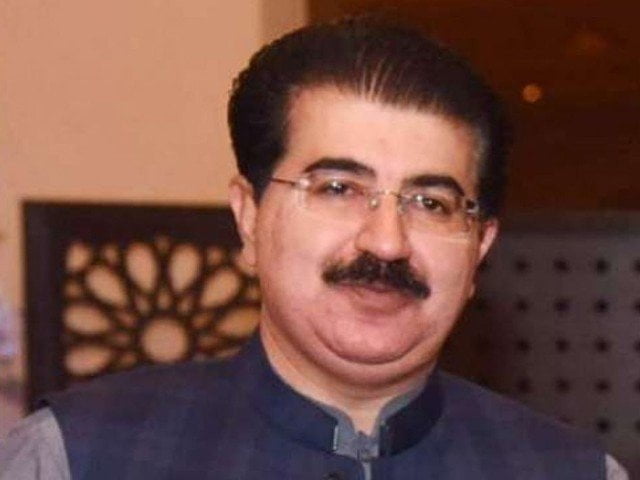 The meeting was adjourned for Friday prayers after which the Presiding Officer released the schedule for the election of Chairman and Deputy Chairman Senate.

Senate members voted alphabetically for chairman. The first vote was cast by Maulana Abdul Ghafoor Haideri. The House has 100 members but due to Jamaat-e-Islami’s decision to abstain and Ishaq Dar not taking oath, 98 senators were present in the meeting and they cast their votes.

Thus, government candidate Sadiq Sanjarani was once again elected chairman of the Senate.

The presiding officer said that these 7 belts were stamped outside the box so they were rejected. Rejected votes went out of Yousuf Raza Gilani’s box.

The opposition challenged the rejection of Yousuf Raza Gilani’s vote and made a lot of noise. PPP’s Farooq H Naik brought a book of the constitution and told the presiding officer that he was violating the constitution. Government polling Mohsin Aziz said that the constitution clearly states that the seal should be affixed in front of the candidate’s box.

The presiding officer, after hearing the views of both the parties, rejected the vote and asked the opposition to challenge my decision in the Election Commission.

After the election of the Chairman, the Presiding Officer administered the oath of office to the new Chairman Sadiq Sanjrani after which the Senate Sadiq Sanjrani took charge of the House. He will now elect a deputy chairman.