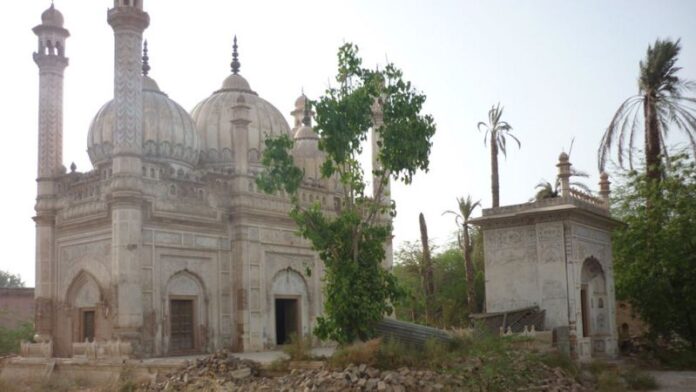 The Sadiqgarh Palace of the former state of Bahawalpur, located in the Dera Nawab area of ​​Ahmadpur East, is now a so called palace because it has lost it attraction, beauty and glamour. Its walls, rooms, dining halls court each and everything has broken. Only thirty years ago this was rally a place residence of Nawabs of Bahawalpur state.

This palace is situated at the distance of 50 miles from Bahwalpur in the area of Dera Nawab. People came here to see its beauty because it was famous among the people of its exemplary construction. In other words we can say this palace is also the example of prosperous life of Nawabs.

The ruling Abbasi dynasty of Bahawalpur first resided in the Derawar fort, but after the establishment of Bahawalpur and the expansion of the empire, they chose the central region, Ahmadpur East Dera Nawab, as their residence. 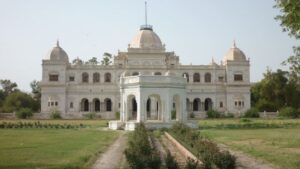 When you enter Dera Nawab, you can see a high and strong wall of Sadiqgarh Palace. Its only side wall is one kilometer long.

First the main gate tells the story of Dera Nawabs. Still some servants of Nawabs are there but this palace has completely lost its glory. Even the distinguish guests did not come here now because it is in the form of a skeleton. 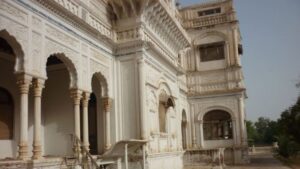 Sadiqgarh Palace was a spring of colors and light only thirty years ago but now it looks like a deserted land and the gardens of the palace are deserted. The court premises, women’s harem, dining hall, Turkish hall, royal garden, everything has lost its beauty.

A beautiful mosque is there on one side of the palace. This mosque has also lost it glory but still it looks much beautiful. Although its walls have broken now but the interior part of mosque and work done on walls and roof is outstanding and matchless. 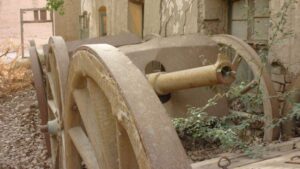 Every part of the mosque is telling the story of beauty. An old fashioned fan is still hanging in the mosque. A prayer mat is also there but it looks as now there is no one who came in the mosque to say prayer. But in the era of Nawabs this mosque was also the most splendid part of Dera Nawab SB. 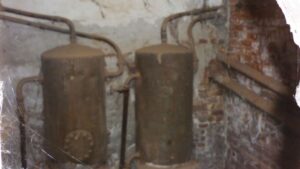 In addition, there was an arsenal, a gun factory, Pakistan’s first power plant, a water plant, a dairy farm, a stable, a motor workshop, and a gemstone quarry. But now only ruins remain. 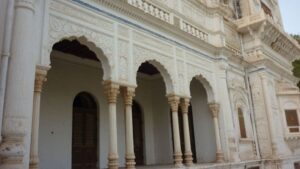 Once this palace was lighted and it every part looks attractive and beautiful. But now it is looking like a ghost Palace.

When you came here broken windows and cracked doors welcome you. These broken doors give way to bats, and the shadows inside the palace give them comfort. The balcony still exists today where The British viceroys, generals, lords and other officials were served.

, the dyeing hall is also telling its story.  Once, there was a time when more than one hundred people were being served here at a time in gold pots. 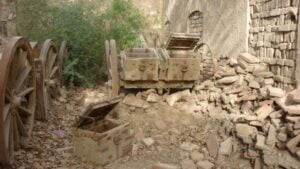 Employs of the Palace (Mahall) told that Darbar Hall was made off with crystal and gold. All the furniture had lost now. There is not a single chair left now.

Although the palace has lost its beauty and glory but still it is a symbol of excellent history of Nawabs of Bahawalpur. If someone wants he can write a complete book about this palace. At the end I want to say that there is a dire need to preserve such places because they are the symbols of history now.