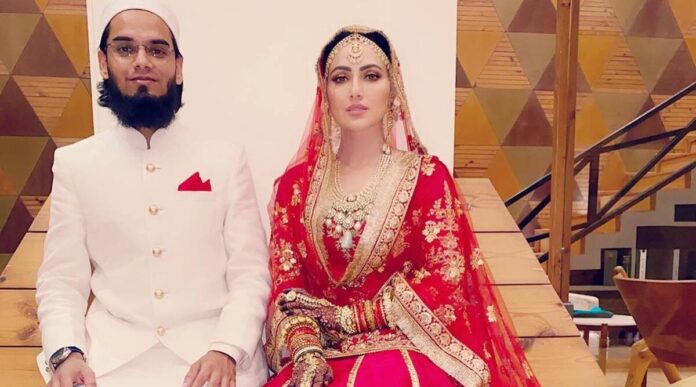 Sana Khan heartbroken due to behavior of people

Mumbai: Former Bollywood actress Sana Khan, who left showbiz for the sake of Islam, is heartbroken after losing her past.

Former Bollywood actress Sana Khan surprised her fans last year by saying goodbye to showbiz for the sake of Islam, but her fans got the real surprise when she suddenly announced her marriage to Mufti Anas.

It has been two months since Sana Khan’s marriage and during this time she always shares videos and photos of herself and her husband in which they both look happy and have a good time with each other. However, for the first time yesterday, Sana Khan shared a post on Instagram in which she looks upset.

But her troubles are not with her domestic life or her husband. Rather, it is because of the people who have not forgotten their past. And often make negative videos about their past and share them. In this regard, Sana Khan shared a post yesterday and said, “Some people have been making negative videos about me for a long time but I worked patiently and did not say anything.

But now a person has made a video in which my past has been targeted and in video very inappropriate things have been said. Don’t you know that when a person repents, it is a sin to make him realize his past? I am heartbroken at the moment, my heart is broken. ”

With the post, Sana Khan said that she did not want to reveal the name of the person who made the video. However, he told those who were harassing him that if you can’t support someone, at least be nice to them and keep quiet. Don’t make bad comments about someone so much that they get depressed thinking about their past.

Sometimes people repent and move on in life but there are some people like me who think I wish I could go back to the past and change some things. Please be gentle with others and let people change over time.