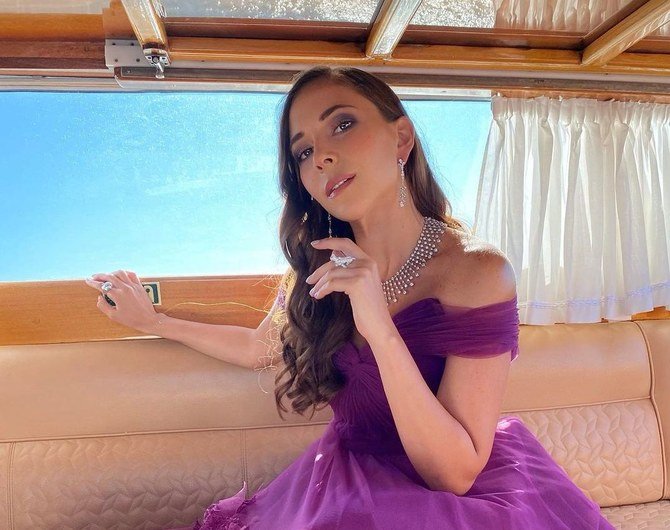 DUBAI: Arab celebrities, including Saudi actress and filmmaker Fatima Al-Banawi, US-Egyptian actor Rami Malek and Egyptian actress Yasmine Sabri, were spotted at the opening of the 78th Venice Film Festival on Wednesday amid hopes that cinema will shake off the gloom of the coronavirus pandemic. Unlike rival Cannes, the world’s oldest film festival did not skip the 2020 edition due to the health crisis, but it is only this year that celebrities have returned in force to the Lido waterfront in a show of support for an industry hammered by lockdowns.

Al-Banawi, who was chosen by French jewelry and fashion house Cartier as its Middle East ambassador in June, chose a purple gown by Lebanese-Italian fashion designer Tony Ward for the red carpet.

Meanwhile, Sabri wore a hot pink flowing dress with spaghetti-straps designed by Italian luxury fashion house Roberto Cavalli. Malek and Sabri met at the Cartier event. The two were snapped having a friendly chat at the party. Al-Banawi, Malek and Sabri were not the only Arab celebrities who attended the festival’s opening night. Tunisian actress Dorra Zarrouk wore a pink and blue dress by Italian label Dolce & Gabbana.“Venice was filled with many magical moments. The main one was attending the best show of the year,” wrote Zarrouk on Instagram.Lebanese TV presenter Raya Abirached attended the festival wearing a glitzy dress by Syrian designer Rami Al-Ali, while Emirati host and actress Mahira Abdel Aziz championed a red gown from Maison Valentino. The Venice Film Festival is set to premier three Arab films: “Amira,” “Costa Brava” and “Republic of Silence.”