Saudi Arabia, women are allowed to perform Hajj even without Mahram 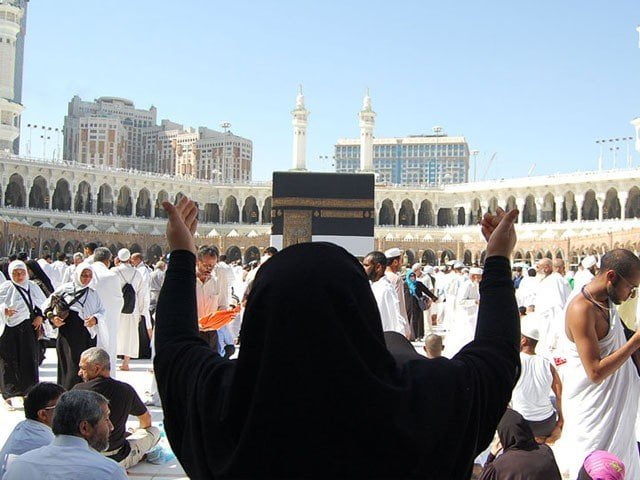 Riyadh: Saudi Arabia has also invited Hajj applications from women wishing to perform Hajj without Muharram and all pilgrims have been instructed to register online.

According to Saudi media, registration for the Hajj has started this year and will continue till 10 pm on June 23, for which applications have also been invited from women who wish to perform Hajj without Muharram.

Applicants must submit a certificate of corona vaccination and no other illnesses, and only those who have been at least 5 years of age will be allowed to perform the Hajj this year.
A statement on the website of the Ministry of Hajj and Umrah said that pilgrims would be transported to the holy places by buses and no more than 20 people would be allowed to board each bus.

Similarly, the number of pilgrims in a tent will not exceed 4 and it will be ensured that there is a distance of 2.5 meters between the 2 pilgrims everywhere while the pilgrims will not be allowed to take their food out of Makkah.

In addition, visitors will be provided three meals a day in Mina and two meals in Arafat, ie breakfast and lunch, while dinner will be in Muzdalifah.