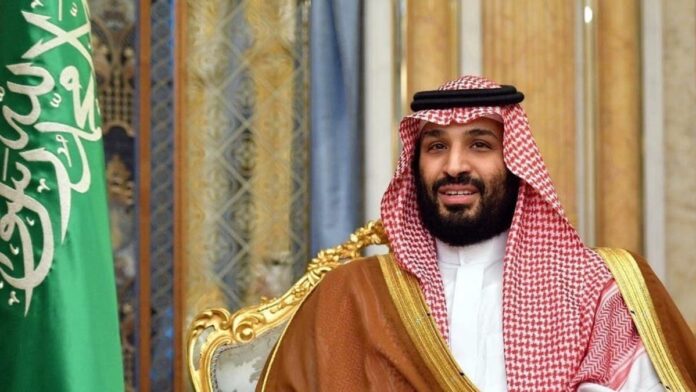 RIYADH: Saudi Arabia’s Crown Prince Mohammed bin Salman and Iraqi Prime Minister Mustafa Al-Kadhimi held talks on Wednesday on developments in Iraq and other regional issues.
Al-Kadhimi arrived at King Khalid International Airport in Riyadh on an official visit to the Kingdom upon an invitation from King Salman.
As he disembarked from the plane, 21 rounds of artillery were fired to welcome the visiting premier, while Saudi planes drew the Iraqi flag in the skies above.
Both countries’ national anthems were played, and then Al-Kadhimi reviewed the honor guard. A number of Saudi officials, ministers and leaders of military sectors were present at the welcoming reception.
The crown prince welcomed the official delegation accompanying the prime minister, including Foreign Minister Fuad Hussein, as well as the ministers of finance, interior, oil, agriculture and housing.
The crown prince and the prime minister then headed to the Royal Court at Al-Yamamah Palace in a motorcade.
Ahead of his arrival, Al-Kadhimi said the visit was “aimed at consolidating the distinguished relations between our two brotherly countries, and establishing prospects for fraternal cooperation between the countries of the region, in a way that serves our peoples, achieves stability, and dedicates values ​​of building and integration, based on the common things that unite us.”