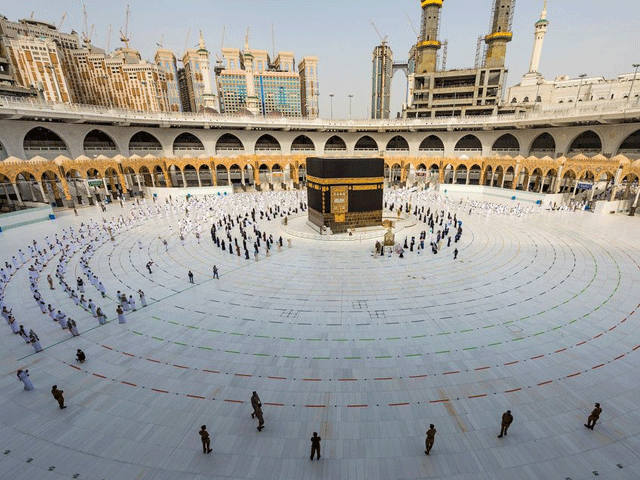 Makkah: Due to the third wave of Corona around the world, the Saudi government began considering limiting the Hajj this year as well.

According to a foreign news agency, Saudi Arabia may ban the arrival of foreigners for Hajj for the second year in a row and only a limited number of locals will be allowed to perform Hajj. People who are allowed will need to be vaccinated against corona, or if they have ever been infected with the corona virus, they have been healthy for several months.

Prior to Corona, 2.5 million foreign pilgrims traveled to Saudi Arabia each year for the Hajj, earning Saudi Arabia a whopping  12 billion a year.
Saudi Arabia last year banned foreign pilgrims from entering the country and allowed a limited number of pilgrims to prevent the spread of the corona virus, leaving only 10,000 pilgrims in the kingdom to perform the Hajj. The results were automatically selected, which included both Saudi citizens and immigrants. The Saudi Ministry of Hajj and Umrah also reimbursed visitors who paid the visa fee and Umrah package.

In February, Federal Minister for Religious Affairs Noor ul haq Qadri had also said that the Saudi authorities have banned the acceptance of applications from pilgrims for the time being, the Hajj may not be held as usual this time and the MoU with the Saudi authorities regarding Hajj Not signed.