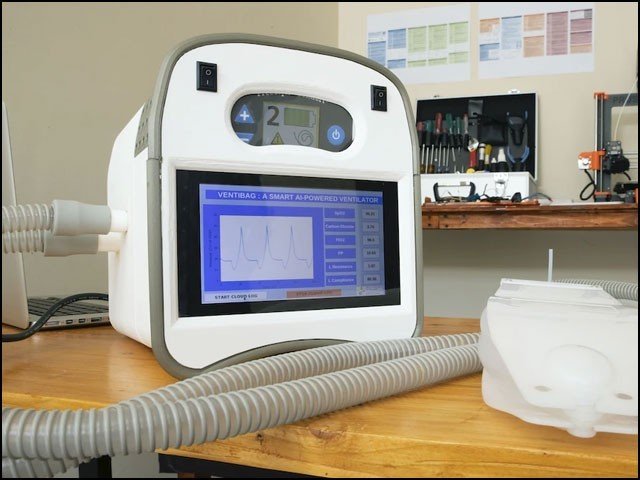 THOL: Scientists in Saudi Arabia have developed an “intelligent” and short-form ventilator that absorbs oxygen from the air and adjusts the amount of oxygen needed by the patient.

Ahad Syed and Dr. Adnan Qamar of King Abdul Aziz University of Science and Technology have done this feat jointly. It can also be placed on the bedside of the patient’s home if needed.

Unlike ordinary ventilators, it does not need to be connected to an oxygen cylinder or central oxygen supply system all the time, but it absorbs the air around it and separates it from the oxygen supply to the patient.

This ventilator, dubbed the “vanity bag”, is equipped with special sensors and an effective system of artificial intelligence. 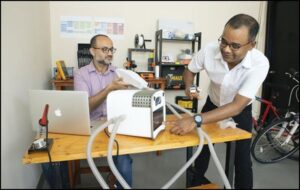 Using them, it constantly monitors the patient’s heartbeat and respiratory rate, as well as changes in them, and increases and decreases the amount of oxygen the patient needs based on these.

That is, this intelligent ventilator provides a patient with exactly the amount of oxygen he needs. Neither less nor more

It should be noted that the air we breathe contains 21% oxygen. Whether the amount of oxygen in the air is too low or too high, it can be detrimental to health and life in both cases. He has also been declared the winner of the competition.

However, it is currently in the form of a prototype that is being further improved to make it usable in hospitals and homes.