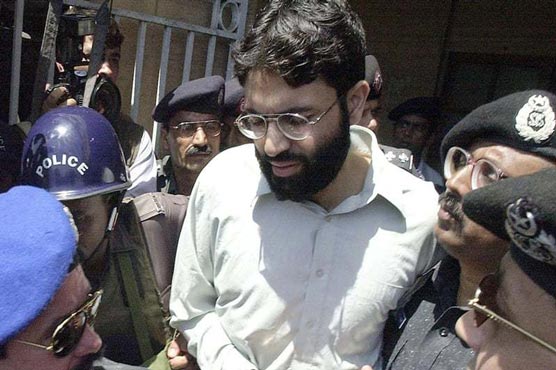 As per details, a three member bench headed by Justice Umar Ata Bandial heard the plea and directed Punjab government to implement court orders and summoned Chief Secretary Punjab on next hearing.

“We are not satisfied with the continuous detention of this person,” Justice Umar Ata Bandial remarked.

Additional Advocate General told the court the government has decided to keep the accused in accommodation similar to that given to prison staff because if they are shifted somewhere else, additional deployment of police and Rangers will have to be made.

It is pertinent to mention here that Omar Sheikh and three accomplices have been behind bars since 2002 when they were convicted of the kidnapping and murder of Pearl — at the time the South Asia bureau chief for the Wall Street Journal.

Since then they have won and lost a series of appeals and counter-appeals in connection with the case, with Sindh High Court last year overturning their murder convictions.

That decision meant they had completed their sentences on the kidnapping charge, and the court in January ordered them to be released.

They were kept in custody, however, as the provincial and federal governments — as well as Pearl’s family — launched another petition to keep them behind bars.