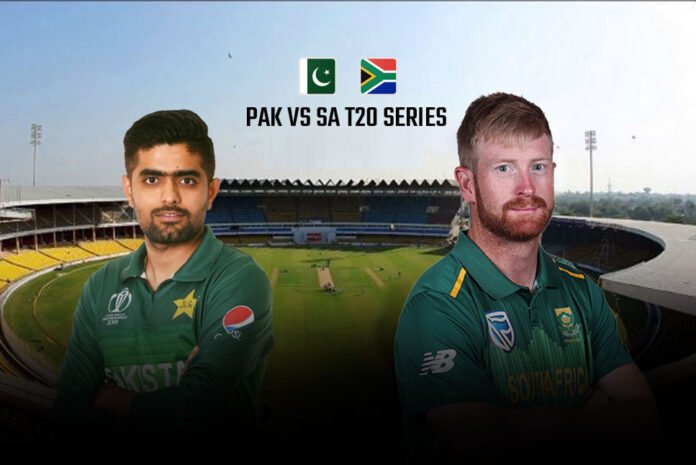 Lahore: (CNEWS Desk) In the second T20 match played between Pakistan and South Africa, the Protees defeated the Green Shirts by 6 wickets. The three-match series ended in a 1-1 draw. The decisive match will be played on Sunday.

In pursuit of the target of 145 runs, the visiting team had already suffered a loss in the over. Malan scored 4 runs on Shaheen Shah’s ball and got bowled. The other batsmen who got out were Smiths who scored 7 runs. Babar Azam caught Shaheen Shah’s ball. Baljun played 42 runs.

Earlier, captain Babar Azam and Muhammad Rizwan, who scored a century in the first match, started the innings for the national team. The first over was scored by the rival team. 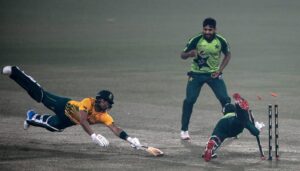 The national team had to bear the first loss in the form of captain, Babar Azam failed in the second match in a row and fast bowler Peturus scored 5 runs on the ball and became LBW. Haider Ali was hit for the second time in a row and returned to the pavilion with 10 scores.

All-rounder Hussain Talat showed irresponsibility by scoring 3 runs and became the target of Tabriz Shamsi. Iftikhar Ahmed left the crease with 20 runs off 21 balls. Meanwhile, Mohammad Rizwan, who scored a century in the first match, also scored a half-century in the second match, but was caught by wicketkeeper-batsman Phalwakio at 51. 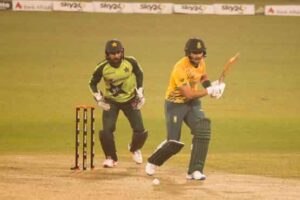 After winning the toss, Protees captain Klaassen said three changes had been made to the squad.

National team captain Babar Azam said that they will try to give a good target, no change has been made in the team.