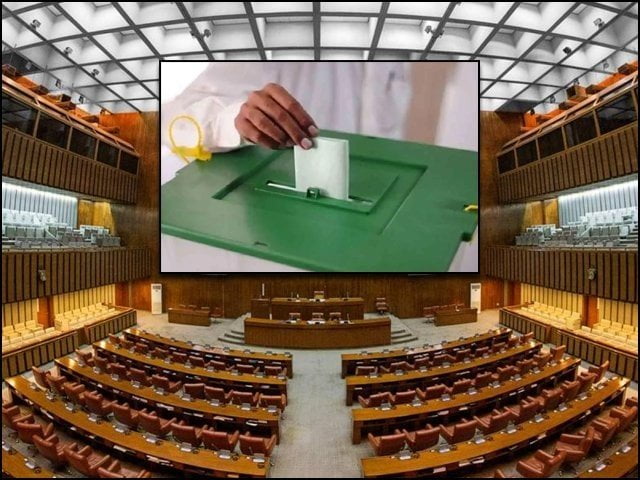 Islamabad:
Candidates for all 11 seats in Punjab have been elected unopposed, while voting will be held today in 2 seats in Islamabad, 11 seats in Sindh, 12 seats in Khyber Pakhtunkhwa and 12 seats in Balochistan.

Members of the Provincial Assembly will vote for the provincial seats and members of the National Assembly will vote for the 2 seats in Islamabad. The Senate election will be contested on the seat of a general and a woman in Islamabad, while the lower house, the National Assembly, will become a polling station.
The most exciting and big battle of the Senate elections is taking place at the General Seat of the Federal Capital Territory of Islamabad where former Prime Minister Yousuf Raza Gilani and Finance Minister Abdul Hafeez Sheikh are competing against each other. The ruling coalition has 181 seats, while the opposition parties have 160 seats.

Similarly, 168 members of the Sindh Assembly will exercise their voting right to contest 11 seats today, among 17 candidates from Sindh in the Senate elections from PPP, Pakistan Tehreek-e-Insaf, MQM, GDA and TLP. There is competition. Polling will be held for 2,2 seats for women and technocrats, including 7 general seats in the Senate.

At present, PPP has 99 members in the Sindh Assembly, Pakistan Tehreek-e-Insaf is second with 30 members and MQM Pakistan is third with 21 members. He is a member of 14 members of Grand Democratic Alliance, 3 members of Tehreek-e-Labaik Pakistan and one member of Muttahida Majlis-e-Amal.

According to the final list of the Election Commission of Pakistan for the Senate elections in Sindh, 17 candidates are in the fray for 11 Senate seats. According to the final list, 10 candidates will contest for 7 general seats. MQM’s Faisal Sabzwari, PTI’s Faisal Wawda, GDA’s Sadruddin Shah, PPP’s Sherry Rehman, Saleem Mandviwala, Jam Mehtab, Shahadat Awan, Taj Haider, Sadiq Memon, Dost Ali Jaiser are in the general seats. Will contest elections.

Four candidates will contest for the two seats of Technocrat, which will be contested by PPP’s Fariq H Naik, Dr Karim Khawaja and PTI’s Saifullah Abro. 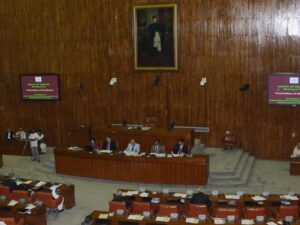 Meanwhile, all preparations have been completed by the Election Commission and the halls of all the Provincial Assemblies, including the National Assembly, have been declared as polling stations.

According to details, delivery of polling materials and printing of ballot papers has been completed. Four polling booths have been set up in the National Assembly Hall for the convenience of the members while ballot papers, ballot boxes and stamps and other stationery items have been delivered to the respective polling stations.