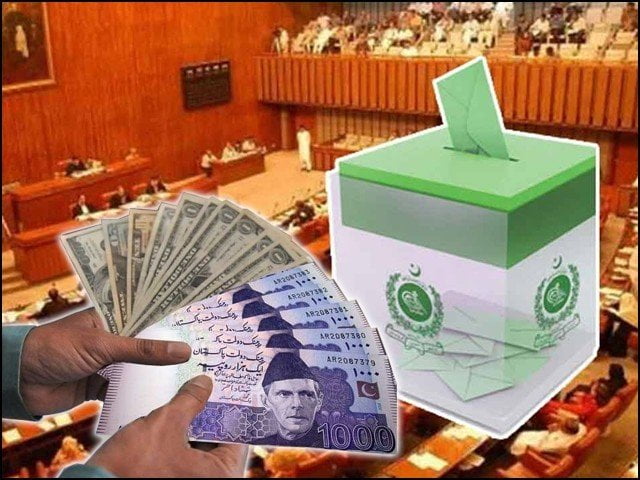 A new vote-buying scandal has erupted for the Senate
Peshawar: A new scandal of vote buying and selling from KP has come to light in the Senate elections.

Abdul Salam Afridi said that the matter has been brought to the notice of the Chief Minister and he directed to take the matter further so that the matter comes to light. The offer started from Rs 4 crore and reached Rs 8 crore.
He said that the opposition had asked him to come to the house of the candidate contesting for the general seat but I refused and was told that we were also in talks with two more MPAs.

WhatsApp chat goes viral over Senate election. In the chat, it is being mentioned that matters with Dwarkan in Islamabad will be finalized. Hotel Kodel in Peshawar was declared a dangerous place and it was suggested to find another place.

The middle man is giving only 3 million in the deal. The negotiating member is advising the middle man to talk about Rs 100 million. There is talk of encircling more MPAs and assuring that the deal will be transparent.

There is also mention of the negotiating member going to the speaker’s house for dinner and it is said that if you go there you will get stuck. The middle man is advising you to finalize the deal first and then they will not leave you.

The position of the KP government

“As I said at the press conference, opposition parties are involved in buying and selling,” said Kamran Bangash, the Khyber Pakhtunkhwa government’s assistant for information.

He confirmed that our MPA Abdul Salam Afridi was offered Rs 80 million. After bringing it to the notice of the party leadership, he was allowed to continue his contacts. Opposition parties are starving. Our MPAs are not sellers. We also have more evidence that we will release to the media from time to time.