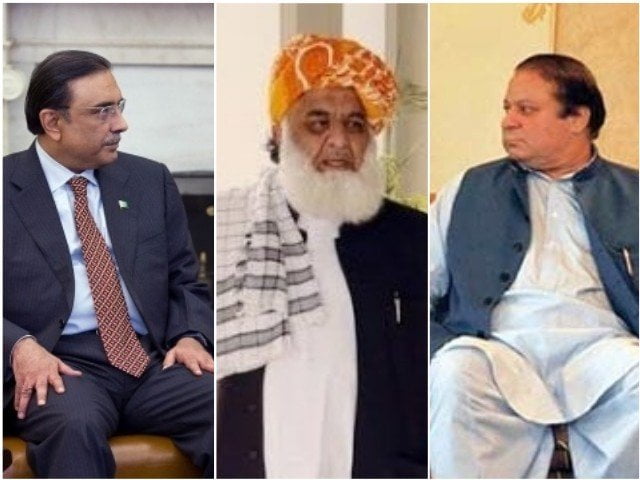 According to media, after the defeat in the Senate elections, the leaders of the three major parties of the PDM, PML-N, PPP and Jamiat Ulema-e-Islam, have joined hands.

Sources said that Maulana Fazlur Rehman, former Prime Minister Nawaz Sharif and former President Asif Ali Zardari had a telephone conversation in which the three leaders consulted on the election results of the chairman and deputy chairman and challenged the chairman’s result in court. Consultations were also held.

According to sources, the final decision was taken at the PDM summit on Tuesday in a telephone conversation and it was decided that the PDM summit would be held on Tuesday under the chairmanship of Maulana Fazlur Rehman, in which Nawaz Sharif, Asif Ali Zardari video Will participate via the link.

The meeting will be attended by Bilawal Bhutto, Maryam Nawaz, Mehmood Khan Achakzai and the PDM will also consider why the PDM candidate for deputy chairman Maulana Abdul Ghafoor Haideri got less votes from the opposition. After the defeat, there will be practical consultations, while there will also be consultations and strategies on the preparations for the Long March.