Sheikh Rashid did not get marriage because of me, Hareem Shah 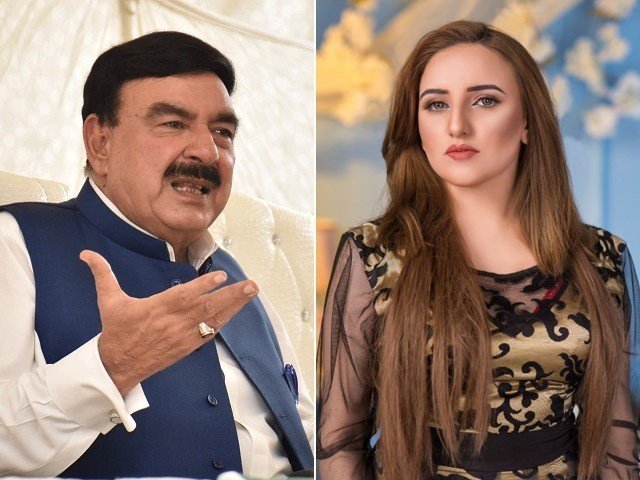 KARACHI:  Hareem Shah has revealed that Interior Minister Sheikh Rashid has not got married till today because of me.

In an interview given to a channel, model Hareem Shah made a shocking revelation regarding the marriage of Federal Minister for Home Affairs and Awami Muslim League chief Sheikh Rashid Ahmed and said that he has not got married yet because of me.
On the question of making the videos of several people viral, Hareem Shah also mentioned the name of the Federal Minister and said that after exposing the videos and WhatsApp calls of several people, I am not in danger of death because Sheikh Rashid is behind me. They tell me that I am heavy on the whole of Pakistan, so they have made my safety one of their priorities, that is why they did not get married.

“I am never afraid of life after marriage but I believe that couples are formed in the heavens, I will have someone in my destiny but I have no intention of getting married yet,” he said.  Hareem Shah, quoting his friends, said that the phrase “snake in the sleeve” is very important to me, my friends stay with me and conspire against me and it is a pity that they want to make their mistake. Don’t confess, that’s why my friends are my biggest enemies.

“Whenever I try to be nice to my friends, they still treat me badly and try to hurt me,” he said. But I am not afraid of their attacks because I fear only Allah.