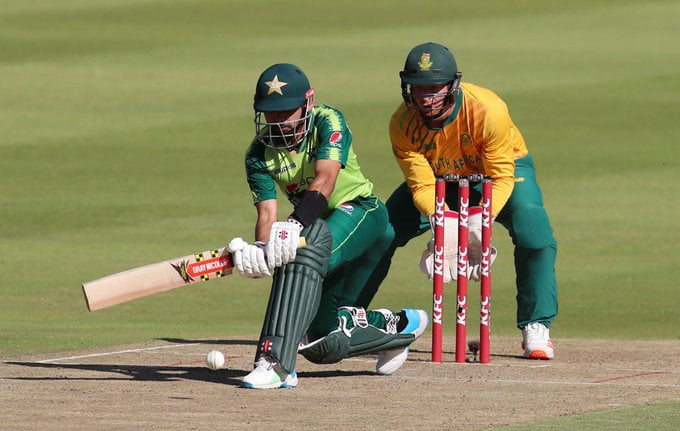 Pakistan set a 141-run target for South Africa to win the second T20 match, which the hosts easily completed in 14 overs.

In the second match of the series being played in Johannesburg, Pakistan’s batting line failed once again and managed to score only 140 runs for the loss of 9 wickets in the stipulated 20 overs. Babar Azam was the only batsman to score a half-century. The hosts easily achieved the target in 14 overs at a loss of 4 wickets.
South Africa’s Eden Markram and Jane Mann Milan gave an aggressive start to the innings. Milan were bowled out for 15, after which Wahan Lobe returned to bat and returned to the pavilion after playing an aggressive 12-run innings.

Aiden Markram continued to bat aggressively despite losing wickets and completed his half-century. He was dismissed for 54 off 30 balls. Pitt van Bulgueen was the guest of 2 runs but captain Henrik Klaassen showed his responsibility and kept his wicket and led the team to victory.

Earlier, Pakistan captain Babar Azam won the toss and elected to bat first against South Africa. Sharjeel Khan started the innings with Mohammad Rizwan for the national team but the heroes of the previous match lost their wickets on the first ball and Sharjeel Khan’s innings was limited to only 8 runs.
Captain Babar Azam and Mohammad Hafeez made a crucial partnership of 58 runs for the third over. Hafeez became the third victim of George Linde by scoring 32 runs. Haider Ali failed again and got out after scoring only 12 runs while Faheem Ashraf’s innings was also limited to 5 runs. 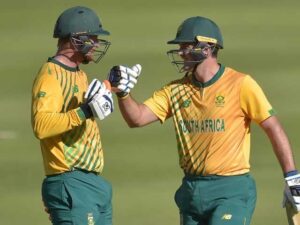 Captain Babar Azam watched the wickets fall from the other end. Batting cautiously, he completed his half-century. Meanwhile, Hassan Ali hit two sixes off two consecutive balls to create some hope in the Pakistani camp, but he lost the wicket on the third ball. Captain Babar Azam also bowled after scoring 50 runs. Muhammad Nawaz also proved to be the guest of only 2 runs.

2 changes have been made in the national team. In place of opener Fakhr Zaman, Sharjeel Khan has been included in the playing XI. Muhammad Hasnain has been given a chance to replace him.

It should be noted that Pakistan had barely won the first T20 match despite the absence of South African seniors.