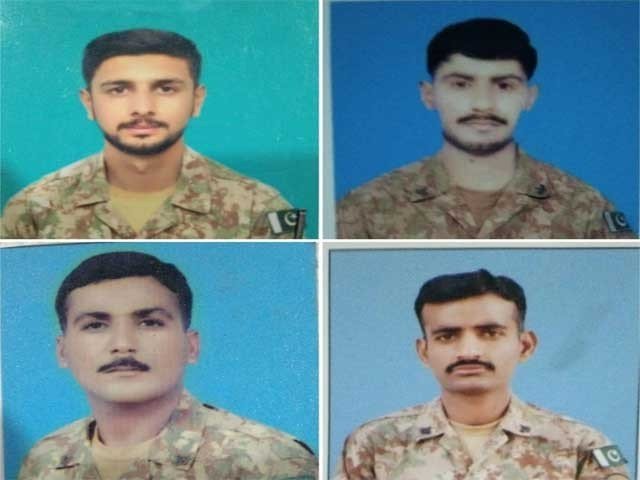 SOUTH WAZIRISTAN: Four soldiers were martyred in a firing incident at a check post of forces in South Waziristan. Pakistan Army  strongly retaliated.

According to a statement issued by ISPR, terrorists opened fire on a check post of the forces in Makin, South Waziristan, as a result of which 4 youths were martyred. The martyrs include Lance Naik Imran Ali, Cop Atif Jahangir, Cop Anis-ur-Rehman and Cop Aziz.