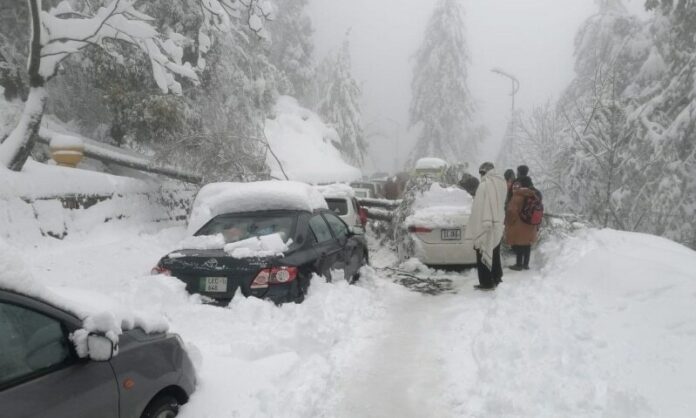 The Chief Justice of the Islamabad High Court has said that the entire state is responsible for the killings in Murree.

The High Court heard a petition filed by Hamad Abbasi, a resident of Murree, seeking investigation into the Murree tragedy and action against those responsible. The petitioner said that when the tourists were going to die from the toll plaza, no one stopped them and informed them of the danger, the administration is guilty.

Expressing anger over the NDMA member, the Chief Justice said that it was unfortunate that if the meeting had been prepared, precious lives would not have been lost, you have failed, it was your responsibility to convene the meeting. Given the management plan, you had to implement this law. If this law had been implemented, not a single citizen would have been killed. In this case, there is no need for any inquiry. Had there been a district plan, it would not have happened. There is no need for an inquiry into what happened. Everyone is involved. The people of Murree are not good. What is their fault? ۔

The NDMA member said that the law clearly states that there is a set of responsibilities at the central, provincial and district levels.

Chief Justice Athar Minallah told the NDMA member that the entire state is responsible for these killings, all the people in this law and the entire state is responsible, if the National Commission meeting is not held after 2018, then You are responsible for this. Today you write to the Prime Minister to call a meeting of the National Commission for next week. All the powerful are present in this commission. Maybe 9 children were at fault?

The High Court directed the Prime Minister to convene a meeting of the National Disaster Management Commission and submit a report to the court after the meeting. Those responsible should also be identified.

Chief Justice Athar Minallah adjourned further hearing of the case till next Friday.