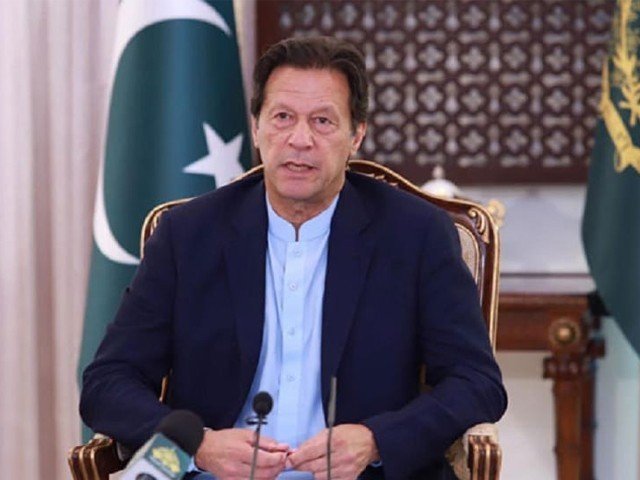 No one had any idea how fast the country’s political landscape is changing. The leader of a major party, the former prime minister, could take such a stand. Perhaps no one even thought of that. Instead of doing it, they started to cause it to weaken. The situations will come to this stage. No one even had any illusions. Who will suffer the loss of the ongoing conflict in the country? Perhaps no one knows.

However, we need strong institutions, not big personalities. Institutions like the Armed Forces of Pakistan. In particular, the reorganization of the police is very important and may require new legislation. The police should be subordinate to the federation and not to the provinces. Its system should be strong enough to make ministers and advisers sweat while exchanging a soldier. Pakistan Army should train from soldier to inspector. It is very important for the SHO of the police station to be honest. A procedure should be devised for its selection. Just as the sheriffs are elected in the United States, so can the SHO be elected here. This police should be able to face all the internal challenges so that the Pakistani forces can only face the external challenges. Not only in the police but in every institution there should be some posts which should be directly elected by the people. Public participation is also required in the judiciary. In all developed countries of the world, a jury is a mandatory component with a judge, and the jury consists of ordinary people. Who give decisions together with other judges? But unfortunately we are not allowing local bodies to be formed so that power does not reach the people. Meetings of judges and generals with opposition leaders in Europe are not considered better than those of government officials. The Army Chief’s statement that “the army should not be dragged into politics” is certainly commendable, adding that the army has nothing to do with the political process directly or indirectly. But things seem to be getting worse. So the Prime Minister, the Chief Justice of Pakistan and the Army Chief should seriously consider the issue of how to keep government institutions out of politics. In my opinion, like the judiciary, there is an automatic way to elect its head in other institutions as well. If the car is designed, the improvement will be obvious.

The opposition should have put pressure on the government to improve the system but the situation is quite different there. The opposition has demanded the resignation of Prime Minister Imran Khan in its APC and the reasons given are that he is very weak. Now the opposition will launch a regular movement and if it fails, then it will consider resigning from the assemblies. This strange decision of the opposition is a surprise to the entire nation. The people have elected a government for five years. The opposition should wait five years and support the government in doing better. It seems that the issue here is not the welfare of the people but the opposition leaders have a personal agenda, which they want to fulfill. Maybe they want to blackmail the government for personal matters. The people of Pakistan reject this agenda of the opposition but demand from Prime Minister Imran Khan that we had dreamed of such a new Pakistan. Where, no convicted person can be sent out of the country without the permission of the court. While Rehman Bhola in the Baldia Factory tragedy case, Zubair Charia should be punished 264 times but those who caused this tragedy could also be punished. Where, no woman is raped on a motorway. Where, free treatment of everyone is the responsibility of the government. Where, no child is out of school. Where, the punishment for adulteration and corruption is death. Where, every person gets immediate justice on the doorstep of his home. All these circumstances demanded quick action. PTI Government and leaders should understand that circumstances are changing swiftly.