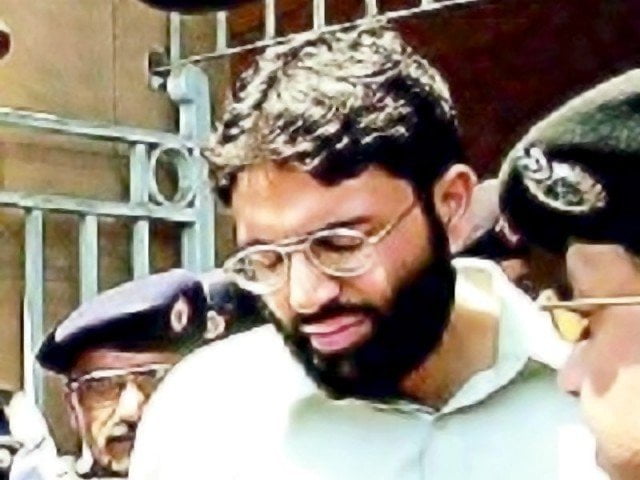 ISLAMABAD: The Supreme Court has remarked that it is dangerous for the state to declare its citizens as enemies of the country.

A three-member bench of the Supreme Court headed by Justice Umar Ata Bandial heard the Sindh government’s appeals against the release of the accused in the Daniel Pearl murder case.

Giving sensitive information to the court in a sealed envelope, Advocate General Sindh said that Ahmed Omar Sheikh has links with banned organizations, there is evidence but not to prove in court that a country fighting against the state is an enemy.
Justice Omar Ata Bandial said that the material given to the Supreme Court has not been presented in any forum before, how to review the information that has never come on the record? If the state had information, why it did not file a case of anti-nationalism against Ahmed Omar Sheikh?

Justice Muneeb Akhtar remarked that the government has never declared Ahmed Omar Sheikh as an enemy agent, no one can deny the war on terror, no one knows when this war will end, it may last for generations to come. It is also dangerous to call him an enemy of the country.

A bench headed by Justice Mushir Alam, while delivering a brief verdict, acquitted the accused in the Daniel Pearl murder case and dismissed the Sindh government’s appeal.

It should be noted that the Sindh government had filed appeals in the Supreme Court against the acquittal of the accused.

will fight alone against the returnees (Thieves), Prime Minister

Prime Minister Imran Khan managed to get a vote of confidence