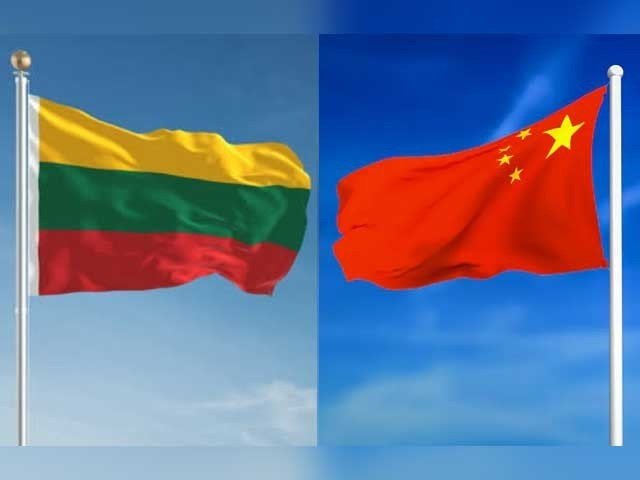 Vilnius: The defense department of the European country Lithuania has issued instructions to the people to throw away Chinese-made mobile phones and not to buy new ones.

According to the BBC, the Lithuanian Ministry of Defense has warned the public to throw away their Chinese-made mobile phones and refrain from buying new Chinese phones. This has come to light after the inspection report of mobile phones. The report claims that a Xiaomi Mi mobile already had censorship tools installed, while a Huawei model had security flaws. Xiaomi says it does not censor communications and Huawei says it uses Do not send users data out.

“Our suggestion is that people get rid of their existing Chinese mobile phones as soon as possible and refrain from buying new Chinese phones,” said Margarez Abouquis, the deputy defense minister.

According to the National Cyber ​​Security Center, Xiaomi’s flagship Mi 10T Five G phone has been found to censor words such as ‘Free Tibet’, ‘Long Live Taiwan Independence’ or ‘Democracy Movement’. Is eligible The report identifies 449 terms that can be censored from Xiaophone’s system apps, including the default Internet browser.

Although these models have been disabled in these models shipped to Europe, the report emphasizes that these apps can be activated remotely at any time.

A spokesman for Xiaomi told the BBC that there was no form of sensor communication for users of Xiaomi’s devices, and that they would not impose any restrictions on the privacy of our smartphone users. Whether searching, calling, web browsing or using any third party communication software.

“Our company fully adheres to the principles of GDPR (General Data Protection Regulation),” he added.

According to a joint statement from Lithuania’s Ministry of Defense and the National Cyber ​​Security Center, the security center’s investigation also revealed that Xiaomi’s device was transmitting encrypted data used by the phone to a server in Singapore, and This is important not only for Lithuania but for all countries that use Xiaomi’s equipment.

However, security flaws were found in Huawei’s P40 5G phone, which posed cyber security threats to users. Huawei’s official App Store, AppGallery, instructs users to use third-party e-stores, some of which have been hacked by anti-virus programs.

A Huawei spokeswoman told the BBC: “We are committed to enforcing the laws and regulations of every country we work in. Cyber ​​security and privacy are among our priorities. Our data is never processed outside of a Huawei device.

App Gallery, like other App Stores, allows users to collect and process as much data as is required to install and run third-party apps. We ensure security checks for every app that is downloaded.

It should be noted that this report has further escalated the ongoing tensions between Lithuania and China. Last month, China demanded that Lithuania recall its ambassador from Beijing.