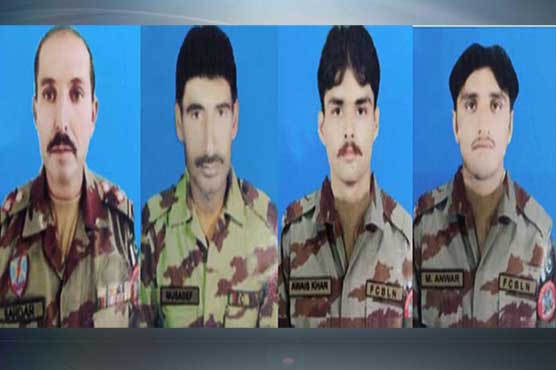 RAWALPINDI:  Four Frontier Corps personnel guarding Margate Mines have been martyred in the attack of cowardly terrorists who are enemies of the homeland.

According to the Pakistan Army Public Relations (ISPR), the Frontier Corps team was attacked by a landmine. Four brave young men including a junior commissioned officer were martyred in the attack.