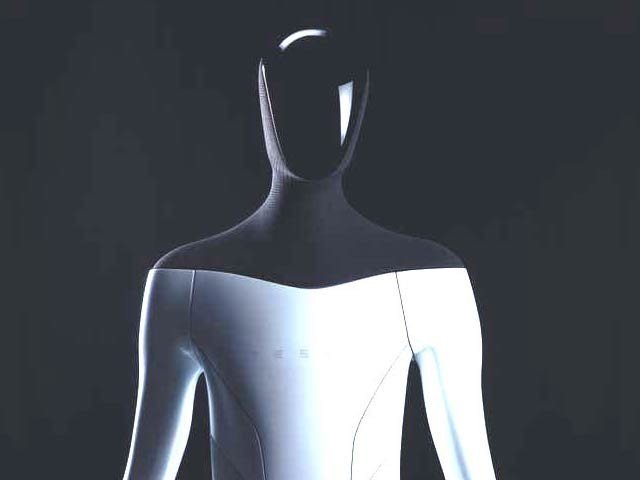 Texas: The company that manufactures the Starlink satellite, brain chip and automatic Tesla car has announced that it has begun work on a humanoid robot based on artificial intelligence (AI). Tesla has named this robot Optimus.

According to Tesla, the smart robot will be able to perform “dangerous, repetitive, tedious” tasks. The Optimus will be 173 cm high and weigh about 57 kg. A total of 40 actuators will be installed to move it. All actuators will move electromagnetically to move different parts of the robot. The face of Optimus is devoid of image and looks like a statue in a clothing store. According to some reports, this is not the final design as the display will be displayed on the face. Speaking at Artificial Intelligence Day at his company, he said the robot would take advantage of Tesla car technology as the technology has already been tested.

“Tesla is probably the largest robot company in the world because our vehicles are no less than a robot, the only difference is that they have wheels underneath,” Elon said. However, he said that the technology of AI robot is ready and our company has the best sensors and actuators which makes it easy to make humanoid robots.

Explaining the details of his human robot, Elon Musk said that its walking speed has been kept at 8 km per hour and it has been weakened so that humans can control it when the time comes. Because Elon Musk has said many times before that uncontrolled artificial intelligence can be a great threat to humanity. The head of ISLA has also said that the robot is still in the process of completion. However, by inserting a human in the robot’s costume, it has been shown what the Optimus would look like. Meanwhile, Elon Musk has also announced that his company has developed an AI microchip called D-One. The chip will be installed on a computer called Dojo. Data from Tesla car sensors and cameras will be processed from the supercomputer. Thanks to this, neural networks will be developed to make self-driving car technology more secure and efficient.