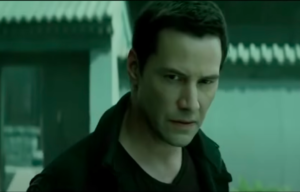 The long-awaited fourth instalment in the franchise that set the benchmark for modern sci-fi movies at the turn of the millennium (as well as introducing the revolutionary ‘bullet-time’ shooting style that quickly became ubiquitous). Co-creator Lana Wachowski directs, and she is joined by the majority of the cast from the originals including star-crossed lovers Neo and Trinity (Reeves and Moss) — despite the latter (and possibly both) dying at the end of the original trilogy. A recent trailer at CinemaCon showed Neo back in the Matrix with no memory of previous events, and when he runs into Trinity in a coffee shop, the pair don’t remember each other. Given the title, perhaps we shouldn’t be surprised at their reappearance, and we’re confident that won’t be the only mind-bending trick Wachowski pulls. 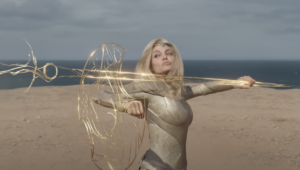 With the Avengers film franchise coming to an end, Marvel needed a new ensemble piece for its Cinematic Universe, and it’s banking on “The Eternals” — a group of immortal aliens who’ve been living on Earth for millennia. Now they must band together to protect their adopted home from the Deviants (basically, the Eternals’ polar opposites, aggressive mutant humanoids led by General Kro). There’s some serious pedigree both in front of the camera and behind; it’s writer/director Zhao’s first feature since “Nomadland” netted her Best Picture and Best Director awards at the Oscars this year. 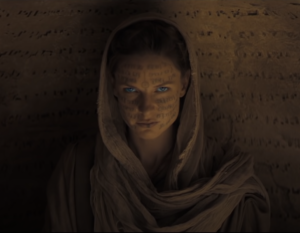 Despite David Lynch’s 1984 movie, many still consider Frank Herbert’s epic sci-fi novel — set on the desert planet of Arrakis, where the only valuable commodity is “spice,” a drug that can prolong life — to be ‘unfilmable.’ Villeneuve — the director behind “Blade Runner 2049” — is apparently getting two movies in which to attempt the impossible (this film will be billed on screen as “Dune: Part One”). He’s assembled a stellar cast, and the stunning trailer certainly whet our appetites. 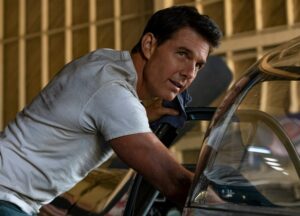 After long delays due to reshoots and the COVID-19 pandemic, audiences will finally get to see Cruise reprise the role that made him a global megastar as Maverick the fighter pilot returns to the Top Gun academy, this time as an instructor. He’s not the only link to the 1986 original: Val Kilmer returns as Iceman (now an admiral in the US Navy), and Teller plays Bradley ‘Rooster’ Bradshaw — the son of Maverick’s late friend and flight partner Nick ‘Goose’ Bradshaw, for whose death Maverick still feels residual guilt more than 30 years later.

No Time To Die 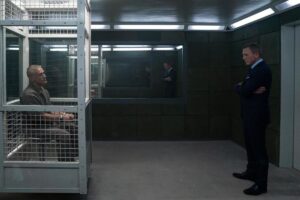 Craig’s fifth and final outing as James Bond, the British superspy with a ‘licence to kill,’ sees a few 21st-century upgrades being made to the famously… let’s say, ‘un-PC’… franchise. For starters, there’s a new, female (!) ‘double-O’ agent. Bond is — reluctantly — persuaded out of a five-year retirement by the CIA to help them search for a missing Russian scientist. This leads him into confrontation with Malek’s Safin, who — pre-release hype has it — might be Bond’s toughest opponent yet.

The Many Saints of Newark 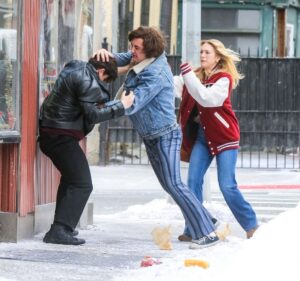 Crime drama “The Sopranos” is, by most critics’ reckoning, among the greatest TV shows ever made. Partly that was down to writer David Chase, and partly it was down to the late, great James Gandolfini’s career-making turn as mob boss Tony Soprano. Chase returns here as the co-writer of this prequel, set in New Jersey in the Sixties and Seventies, which follows Tony’s teenage years, growing up in the middle of a gang war. Whoever was chosen to play the teenage Tony would have a ridiculously tough act to follow, given the iconic stature of the character and of James Gandolfini, and the filmmakers decided James’ son, Michael, had the best shot at portraying a younger version of the (wise)guy his father made famous. 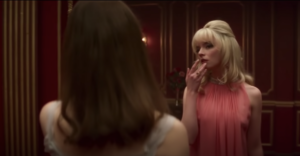 British filmmaker Wright (“Shaun of the Dead,” “Baby Driver”) helms this surreal psychological horror set in London. Young fashion student Eloise is a huge fan of the city’s ‘Swinging Sixties’ era. She also possesses an eerie sixth sense, and finds herself transported back in time to 1966. Not only that, but she appears to have possession of the body of one of her idols — a singer called Sandy (Taylor-Joy). Eloise (as Sandy) begins a relationship with another singer called Jack, and — for a while — all seems rosy. But as Eloise begins to learn the truth about Sixties London, her life in both timelines starts to fall apart. 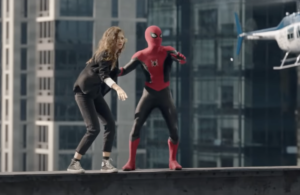 Now that the world knows Peter Parker is Spider-Man (after his secret was exposed to the world at the end of 2019’s “Spider-Man: Far From Home,” life has gotten seriously complicated for the teenage web-slinger, as public opinion swings against him. In desperation, he turns to his “friend,” Dr. Stephen Strange, and asks him to use his powerful sorcery to make the world forget his secret identity. Strange obliges, but that just raises a whole new set of problems — including a few minor hiccups in the whole space/time fabric…